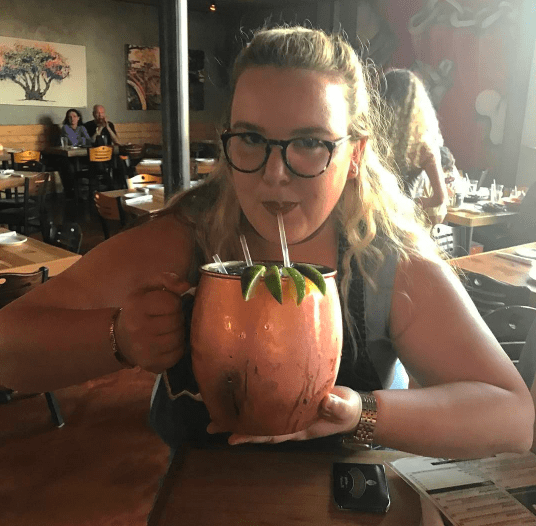 Thanksgiving is upon us and while some of you are already salivating over the turkey, there are still those that aren’t quite in the mood. There could be a dozen reasons for this. Maybe you’re not ready to see your family after your first few months of college. Perhaps you have a paper you need to finish before you get back. No matter your reasoning, there’s nothing like a good Thanksgiving-themed episode of TV to get you back in spirits. If you’re wondering if there really are that many out there to watch… then you’ve come to the right place. Below are just a few of our favorite examples for you to binge watch before you binge eat.

Gossip Girl had a plethora of Thanksgiving episodes but nothing gets you in the mood like a little family drama. It is during this episode that Serena is having an affair with the married cousin of Nate, Jenny and Eric are in the midst of a big fight, Blair is worried her mother is going to cut her out of the will, and Lily is about to drink herself into a stupor. It’s all about watching rich people behaving badly in exquisite outfits. It also helps that this particular episode has one of the greatest scenes in the history of Gossip Girl set to “Whatcha Say” by Jason Derulo.

The One Where Ross Got High (Friends 6x09)

Thanksgiving was a big part of Friends. After all, it was during Thanksgiving that Chandler had to be in a box in order to regain Joey’s friendship. Out of all the episodes to pick from, none bring the laughs like Rachel’s attempt at making a trifle. Of course it goes hilariously wrong but that is just the icing on a terrific cake of an episode. During the course of Thanksgiving dinner, Monica’s parents reveal why they’re not fond of Chandler (hint: it’s because Ross blamed him for the title of the episode). In an effort to get them to see the light, Monica goes on a rant that’s worthy of any family disfunction.

The first Thanksgiving with your significant other home can be awkward but at least it won’t be as awkward as Robin and Ted dealing with their breakup. The FIRST Slapsgiving is THE Thanksgiving episode all HIMYM fans need to watch. Barney is obsessing over the eventual third slap from the slap bet enough so that he sets up a countdown on his computer. Eventually the episode culminates in a song that you will have stuck in your head for ages.

There Will Be Bad Blood (American Dad 7x06)

If anything, this American Dad episode will make you take a step back and appreciate your own family. That may sound like an odd takeaway from a Seth MacFarlane show but after viewing the episode… it becomes clear as to why this is. In true Stan fashion, he is absolutely insufferable and his attitude towards his family is ridiculous. A visit from his half-brother doesn’t go as planned and eventually he is put in his place. 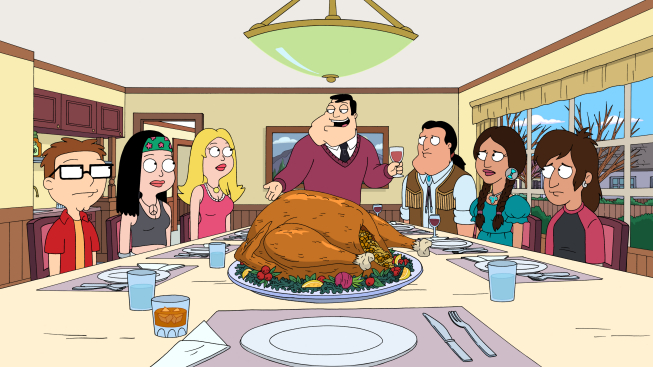 Jay and Gloria pretend to be in Mexico, Claire puts Phil in charge of the Turkey (but then secretly cooks her own), and Cameron and Mitchell try teach Lily the meaning of no. Seems like a functional family episode, right? Wrong. The Dunphys once again show what it’s like to put the FUN in dysfunctional. Everyone does what they can to make the others believes things are alright and in the end their mess ends up okay. It’s a sitcom, they can’t end on an unhappy note… especially not on a holiday.

Some of the best Bob’s Burgers episodes are the ones centered around Thanksgiving. It was extremely hard to narrow which one was a must-see (and to be honest… they all are). Bob’s excited about a three-day brine but his Thanksgiving plans become derailed when Linda’s sister decides she’ll be staying for the holidays with her three cats (which Bob is allergic to). Taking more meds than a person probably should, Bob continuously wakes up to find his turkey in the toilet. This leads to multiple meet cutes with a deli counter worker. There’s also a subplot with Linda and Gene trying to come up with a Thanksgiving carol which… just isn’t a thing.

Gobble, gobble, GONE! Brace yourself for the turkey dump