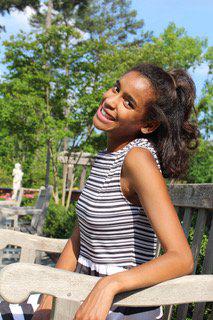 I am here to tell you that it’s okay. I know what you are going through, and you are not crazy. Far from it actually. Sometimes we get so far into things we eventually don’t remember how to get back out. That’s how the eating disorder happened for me. It started off as one thing, and then it became another.

It’s addicting. It’s all I know at this point. You probably feel like you’re letting people down or that they’re angry at you. That’s the voice in your head telling you that. That’s the same voice that told you not to eat. That voice you welcomed with open arms. You believed that voice could protect you right? I thought it would protect me. I let the little voice in my head not only protect me, but it took over completely. This voice told me I was not good enough. The voice told me that my self-worth depended completely on my size. It reminded me of how horrible I was. The voice told me that if I didn’t eat I would be better. That if lost more weight I would feel better. It told me that the only way people would show some interest in me is if I didn’t eat as much. The voice made sure I went to the gym at least twice or maybe even three times a day. The voice in my head was taking care of everything. I felt safe and that I had everything under control for once.

When times got rough that’s when the voice got louder. If I had a bad day it just reminded me that I’d feel better after I starved myself for a bit. If I felt something wasn’t quite right, then losing some more weight would solve the issue.

However, the voice failed to mention that I would be cold all the time. It didn’t tell me that I would sometimes fall dizzy. It never told me how tired I’d be or how unbalanced my emotions would become. It never said that my heart would have an extra beat and my chest would hurt. It also didn’t say how easily I get bruised up on my arms due to lack of tissue there. Yet despite all these things, I felt I needed to starve myself a bit more.

At that point, you already knew something wasn’t quite right. Maybe people tried to help you or asked you how you were doing. Maybe you didn’t feel you were thin enough to have an eating disorder. Maybe you tried to tackle this all on your own. MAybe you tried to drop hints every now and then that you were hurting. You wanted to tell someone but didn’t know who. You were probably afraid of how they’d react. Maybe people thought you were just asking for attention.

Whatever it is that you are feeling. I feel it too. I am sorry that you too have had to go through this. I want to remind you that this is not your fault. Just like you, I didn’t mean to have an eating disorder. You meant no harm when this came about. You just wanted to be the best you that you could be. You just went too far with it and may have ended up hurting yourself along the way. It’s okay like I said I understand.

Know that your eating disorder doesn’t define you. Know that your journey to recovery may not always be easy. If you do relapse know that you can keep going. Keep in mind that you do not have to face this alone. You can do this.

For more information about eating disorders and help you can visit your school’s counseling center. Or visit this link.

Real Talk: Depression and anxiety are too common