How Ray-Ban became the world's most iconic sunglass brand

There are few brands as storied or iconic in American history as that of sunglass powerhouse Ray-Ban. Responsible for designing favorited styles such as the Aviator and Wayfarer the brand has played a starring role in our fashion history for the better part of seven decades. Let's take a look back into American history and pop culture through the lens of the most enduring and classic eyewear brands, our trustee Ray-Ban sunglasses.

Like anything else, they gained popularity with a little help from Hollywood, seen in films such as Rebel Without a Cause and Breakfast at Tiffanys. Though Givenchy designed that famed LBD seen on Audrey Hepburn outside of Tiffanys, it was the prominent Wayfarer sunglasses that solidified the look, the look we can all spot from a mile away, and made it one of the most well-known cinematic scenes of all time. 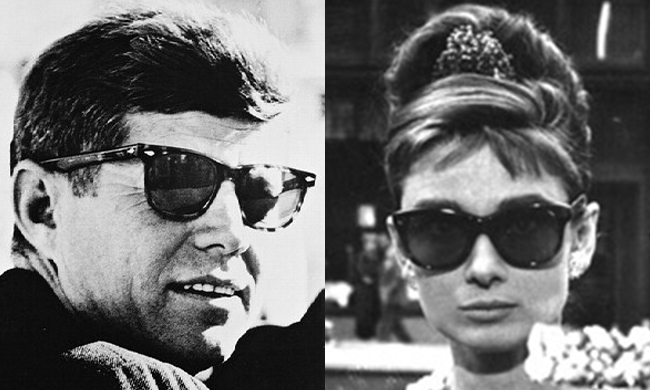 It’s no secret that President John F. Kennedy favored his Ray-Ban sunglasses because they complemented his image as a charming, sophisticated man of the world. Whether he was to be seen in a Presidential suit and tie or knocking around in khakis in Kennebunkport over the weekend, his Ray-Ban shades bridged the gap between his worlds.

Marilyn Monroe famously donned Ray-Ban frames during her time in New York City. A time when she fled Hollywood and the rumor mill worked over-time. She's seen famously wearing her Ray-Ban's all over town and in articles from that period of time that call out about a dozen notorious love affairs (Marlon Brando, Frank Sinatra etc). She epitomized Hollywood glamour in her Ray-Ban sunglasses, and the people wanted more. 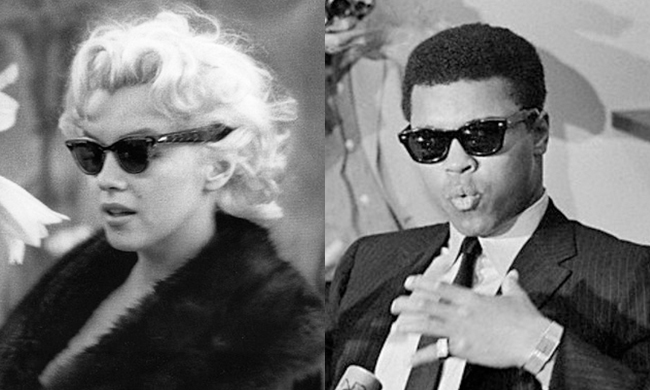 In an era where aesthetics were everything, the Wayfarer stood out as a pair of sunglasses that instantly embodied that "coolness" that everyone was after. It wasn’t just the John F. Kennedys, and Marilyn Monroe's of the era, but even the Muhammad Ali's of the world flocked to Ray-Ban’s designs. Above he is pictured wearing them during a press conference (maybe because he had a black eye?!).

After a dip in popularity in the 70's Ray-Ban reemerged in the 1980's with a vengeance. 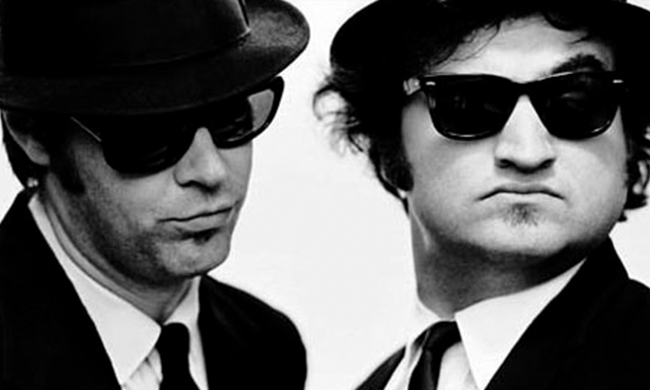 This resulted in Ray-Ban appearing in many now-classic films including The Blues Brothers (Belushi actually only removes his sunglasses once throughout the entire movie), Miami Vice, Terminator, and The Breakfast Club. 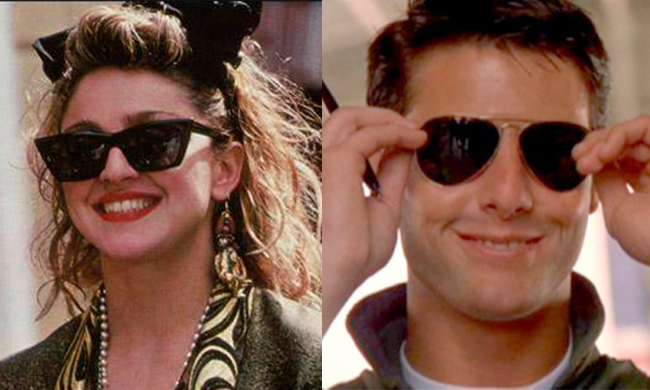 And while Hollywood made the frames famous, many musical legends have been spotted wearing their Ray-Ban sunglasses proudly. Everyone from Bob Dylan and Michael Jackson to Madonna have worn their sunglasses on stage (Madonna has literally been photographed in Ray-Bans for the past 30 years!).

I'm not sure there's a more famous Ray-Ban supporter than that of Tom Cruise, who put Ray-Ban on the map twice over. Once with Risky Business (Wayfarers) and next with Top Gun (Aviators). 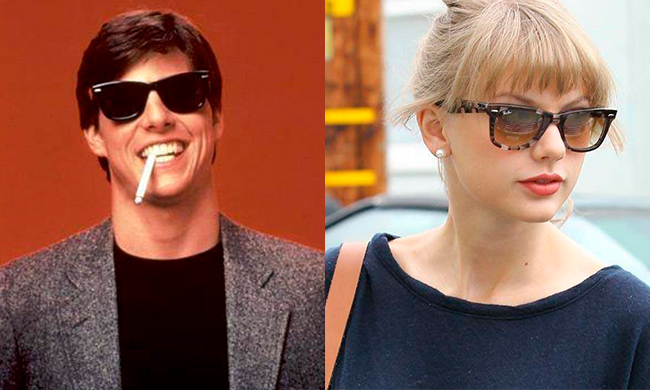 Ray-Ban sunglasses are an essential addition to any off-duty ensemble (they’re a key part of any celeb airport uniform). Last year when Taylor Swift was famously photographed coming and going to the gym every single day, it was her Ray-Bans that hid her face from the limelight.

Drugs, sex and Wall Street. OK, watching The Wolf of Wall Street, couldn’t help but notice how sunglasses played an essential role in the style and fashion of Jordan Belfort, who is played by Leo Dicaprio. Life imitating art and the other way around as our beloved Leo has been spotted wearing his shades off screen as well. 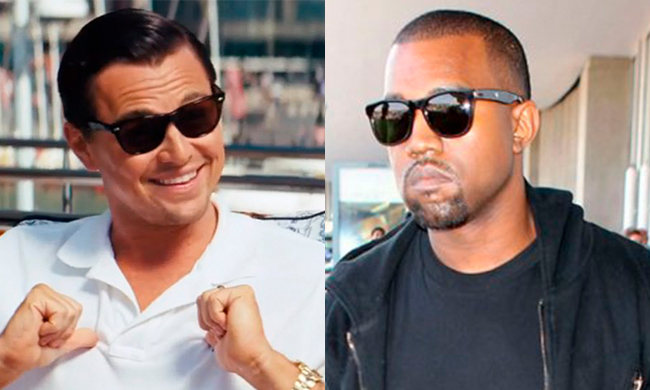 We all know Kanye loves a good name drop. His songs are chocked full of brands that are associated with the life of luxury and how hard it is to achieve that status. That said, his favorite off-duty shades have always been Ray-Ban, or rather, Ray-Beon, as he so affectionately rhymes them.

There are tons more celebs that have endorsed Ray-Ban through the years, and there will unquestionably be many more to come. As Hollywood continues to reinvent the timeless and classic frames, making the old, new again, it's time to get yourself a pair of Ray-Ban sunglasses and look at the world through all new shades.

With that, we leave you with this Kanye West lyric:

"And still gonna eat the filet mignon, Yeah, yeah, yeah I've been known, To cover up my eyes with the Ray Beon."