I'm so f*cking grateful for this video

In case you've been living under a rock, you should know that the 'thank u, next' music video dropped today and it is EPIC. Ariana recreates iconic scenes from Bring it On, Legally Blonde, Mean Girls, and 13 going on 30. There's just so much to process in this work of art that we wanted to call your attention to a few of the details we believe are most important!

1. She had the real Aaron Samuels

Ok, so we already knew this was coming, but it exceeded expectations. Also, how does he still look the same as he did in 2004?? What face cream (or witchcraft) is he using??? 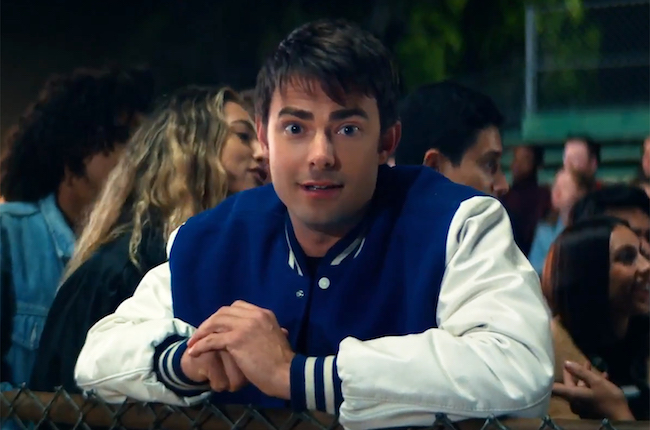 2. She had the girl Regina George punched in the face

And IT. WAS. AWESOME. 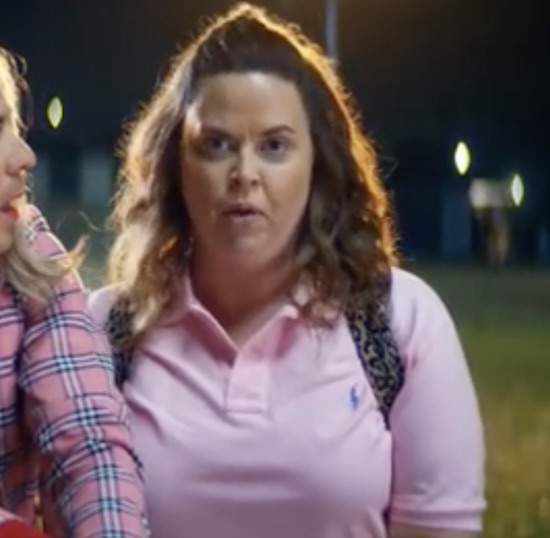 3. She wrote "could still get it" on Big Sean's page in the Burn Book 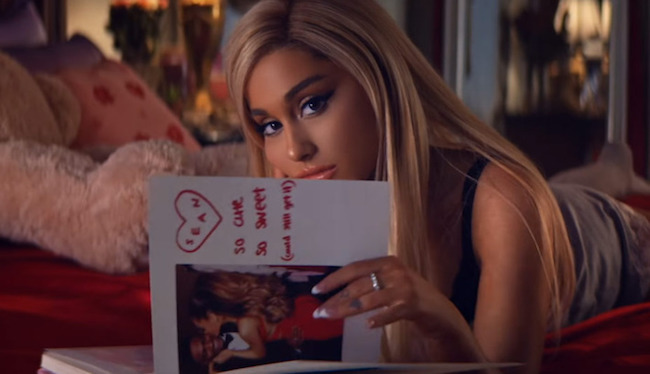 She's a COOL MOM. Also obsessed with the very end of the video when she says "thank u, next, bitch!" 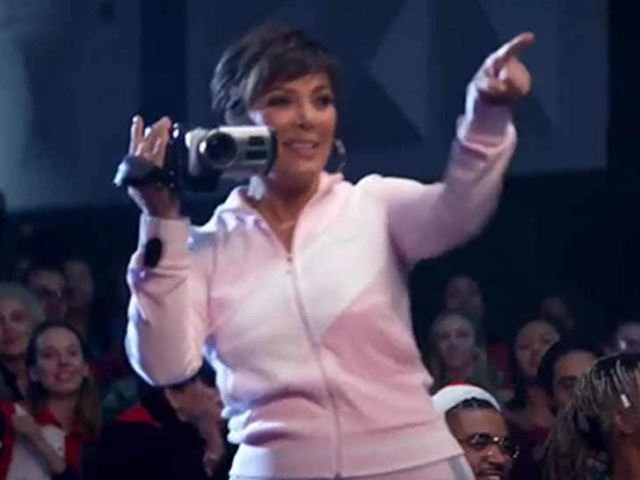 5. The real Paulette made an appearance

Jennifer Coolidge has not aged a day since filming Legally Blonde 1, and honestly no legally blonde reenactment is complete without Paulette and her weird and endearing advice. 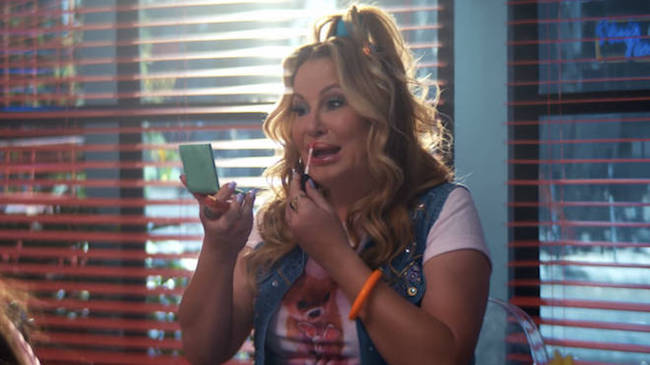 6. She was studying Immigration and Refugee Law and Policy

We love a queen who stays up to date on current events!!! Ariana appeared to throw some shade at the US's current immigration policies, which are a hot topic right now (please Google it if you don't already know). 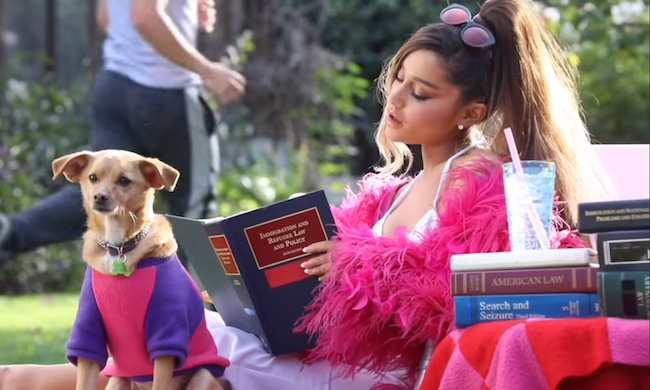 7. Bruiser Woods was played by Toulouse

An iconic actor playing an iconic role? Yes pls. This was one of the most important casting decisions in the video, tbh. 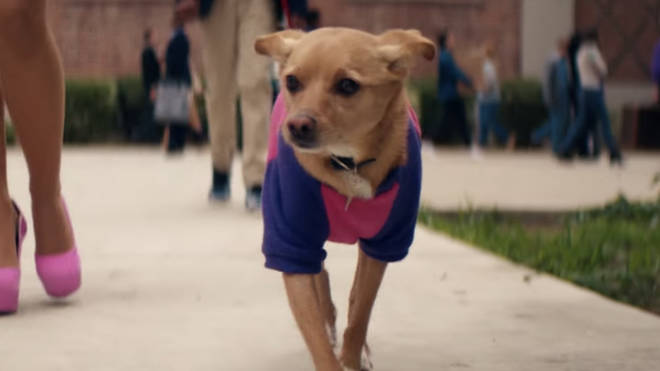 8. Three of her Victorious co-stars were in it

We knew Elizabeth Gillies would be in the video playing Cady Herron (because she actually REALLY looks like Lindsay Lohan apparently??), but there were some pleasant surprises. In the toothbrushing scene inspired by Bring It On, Ariana is joined by Matt Bennett who played Robbie Shapiro in Victorious. A less obvious appearance came from Daniella Monet, who played Trina Vega on Victorious but played a cheerleader in this video. We love a good reunion!

9. UPS was changed to BDE

The iconic UPS guy from Legally Blonde obviously needed to make an appearance, but in natural Ariana fashion, his badge said "BDE" (Big Dick Energy) instead of "UPS." If you don't know what BDE is, shame on you. 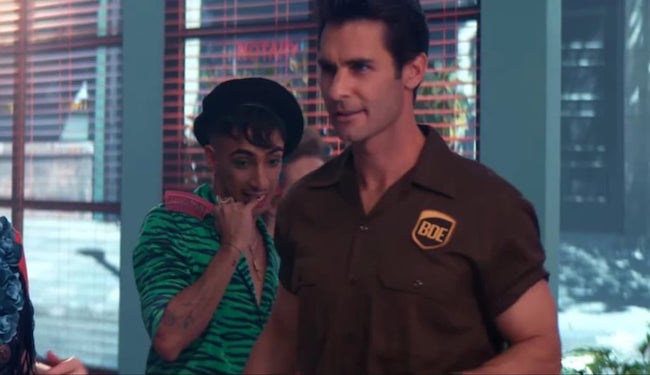 10. The savage references to Pete's BDE

Aside from the UPS guy literally having a "package" (pls tell me you remember the "I've got a package" line from Legally Blonde), Ariana wrote "HUUUUUGE" on Pete's page in the burn book, and mentioned to Paulette in the nail salon scene that "it was so big" (later specifying she meant his FRONT TOOTH was so big...yeah, ok). It's a good thing he has a good sense of humor!

11. The dream house featured the bedrooms from the video

If you looked closely, her Regina George bedroom, her Elle Woods dorm room, and her Torrance Shipman bedroom were all in the house. There was also a bathroom, which may have been a nod to the toothbrushing scene! 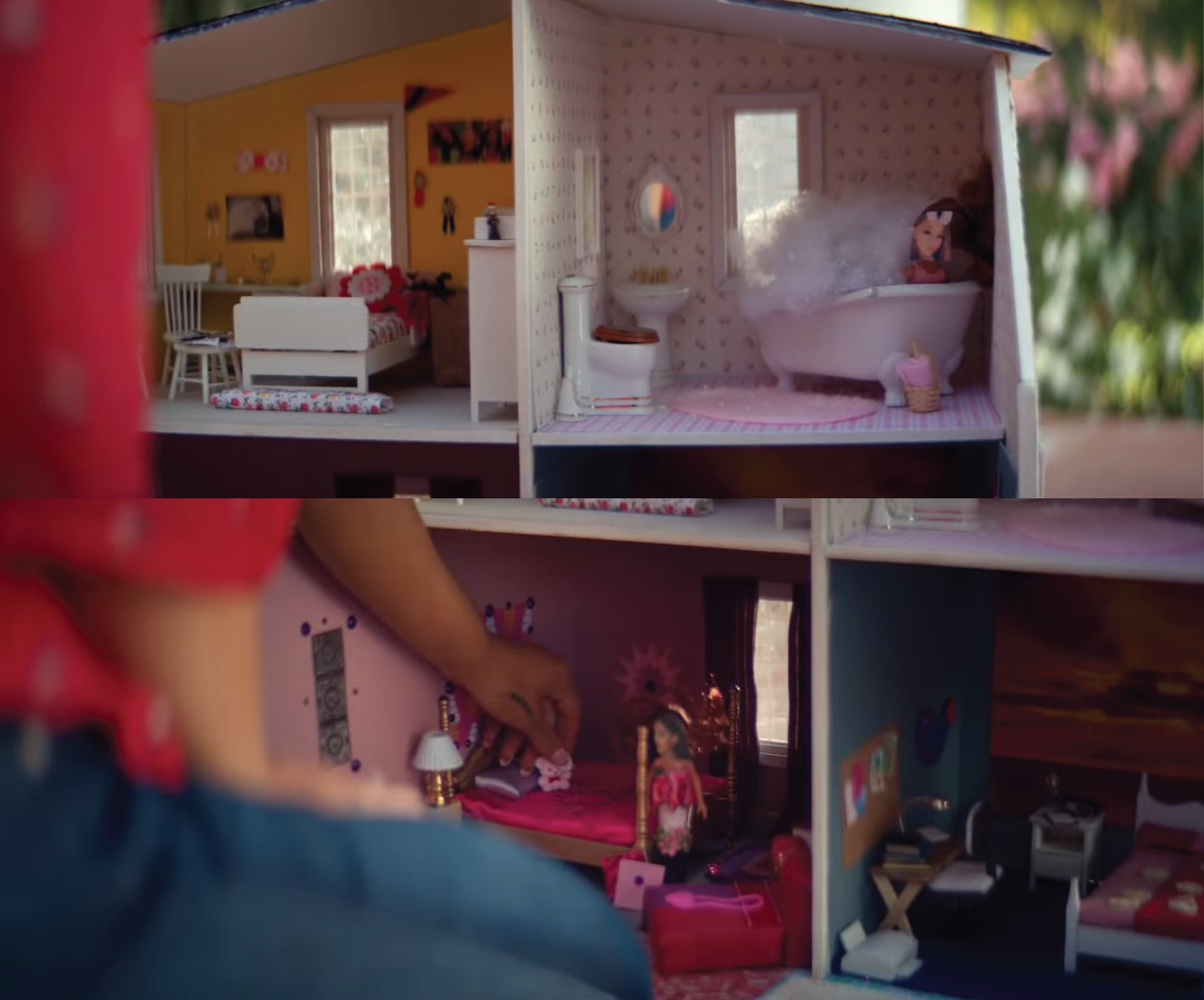 She didn't need to go there but she went there anyway. She had the greatest music video of all time, and she still felt the need to add Troye Sivan. And for that, we are forever thankful. 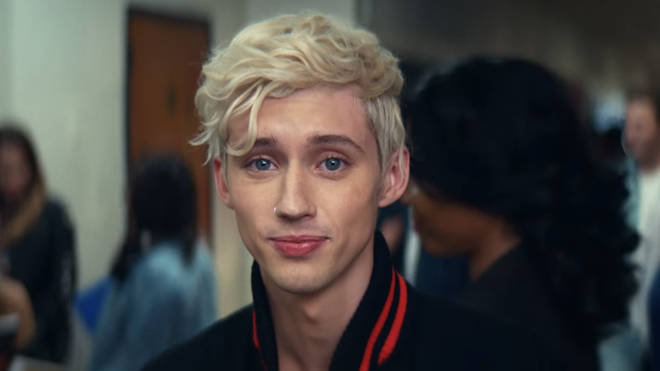 13. SHE made herself a mixtape

She took inspiration from Bring it On when Cliff gives Torrance a mixtape, but she made it BETTER. Lesson learned: make your own mixtape, you don't need a man to do it for you.

14. The framed picture of HERSELF by her bed

TALK ABOUT SELF LOVE. We're so proud of Ari for how much she's slaying, especially in spite of all she's been through- but this tribute to herself makes us EXTRA proud. I just hope she loves herself as much as we love her (because it's not possible to love her more than we love her). 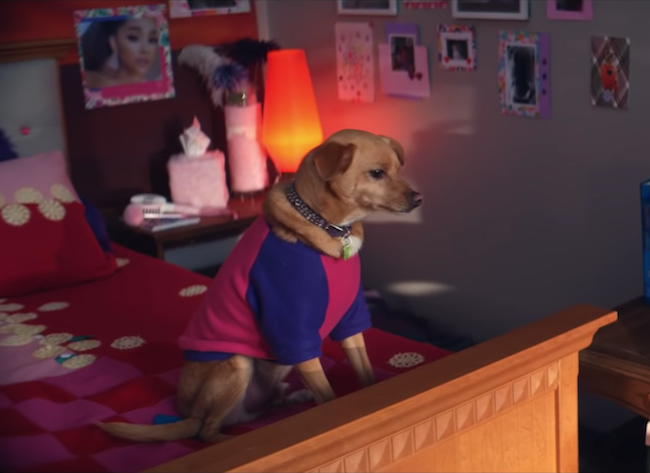 Did you see any other hidden details? Let us know!

7 reasons Ariana Grande is our one love