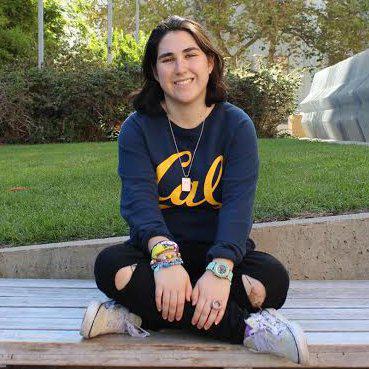 Going beyond an interest

The thing about life is: you never know when someone or something is gonna come along and really change the way you see the world. It can be events like starting college, going through the aftermath of a traumatic experience, or learning something that totally goes against what you've been taught growing up. For me, my perspectival shift started before I even realized it. And the reason that ignited these new changes in perspective isn't exactly a traditional reason. In 2015, I got into a British tv presenting double act known as Ant and Dec. They do things that we would consider weird or harsh but they are also extremely nice men who bring joy and happiness to others. They challenge what I've believed in before and because of that, became part of how I’m mentally shaped now at 20 years old. And it was a particular experience with them that happened within the past year and past week that showed me just how much they have become important to my growing.

Now before I go into full detail, I feel compelled to give a little background on the men we’re talking about. Ant and Dec (full names: Anthony McPartlin and Declan Donnelly), are a pair of TV presenters and real life #BestFriendGoals. They were both born in the fall of 1975 in Newcastle upon Tyne in England. To any non-British readers out there, they are the hosts for Britain’s Got Talent. But that only scratches the surface of their resume. Since their days on the BBC kids drama Byker Grove, they have gone on to become hella successful in the UK; having a music career, presenting three shows in a regular year, and winning 17 National Television Awards for Best Presenter since 2001. Essentially, they are the biggest men in Britain (which says a lot since they’re both under 5’10 lol). With the rise of social media and Youtube during the past decade, the antanddeccer fandom has expanded beyond geographic boundaries and gained international fans such as myself. We got fans from Belgium,Vietnam, Germany, The Philippines, and Australia. Our main base of operations seems to be Twitter for some reason.

Now as for me, I will admit, I didn’t get the best first impression of the boys when I discovered them. Back in 2009, I found this video on Youtube called ‘Beat The Barber’, a segment from their children’s sketch show The Ant & Dec Show. Link below:

Flash forward to 2015, and for some reason when I watched their stuff again, I started to become more interested in their material. I would watch their stuff for so much of the day and even when I tried to go a day without it, that was hard to do. 2015 was also the same year I made a Twitter account, so the two things went hand in hand. It was tough when so much material was taken down due to copyright infringement, but I worked with what I had because I was too interested to stop.

Without realizing it, Ant & Dec were influencing me, my perspective, and my attitude. For example, I would’ve thought that if a male was a cross-dresser, then he was gay. But both of them have only ever been with girls and yet they have been seen time and time again to be wearing women’s clothes when presenting. They showed me that gender presentation and sexual orientation aren’t aligned with one another: a man can wear women’s clothes and still be straight. They’ve also given me a look into homosociality and the importance of men’s friendship. It isn’t always about being violent in a jesterly matter or dirty words. Male friendships can be just as emotional and supportive as female friendships. Not to mention, my perspective of Simon Cowell changed, I didn’t watched American Idol growing up because I didn’t like him. But with being a fan, I watched Britain’s Got Talent and through that, got to see a softer side of our favourite British critical judge.

The abundance of online friends I’ve gained in the past few years have definitely helped me through rough times. Especially the March of 2016 which was a difficult month for me (college rejections, doing my school’s musical revue, trying to balance that out with Youth Commission, etc) I’ve been collecting messages that they sent me so I can see them whenever I’m sad or distraught:

So for a time, life as a fangirl was going pretty smoothly. 2016 brought me watching both Saturday Night Takeaway & Britain’s Got Talent live from my tablet thanks to the Tunnel Bear app. Ant started sporting a beard in the spring which for some reason makes him more attractive. The boys received OBEs for services to entertainment in June. And I tried to watch as much as I could of that year’s series of I’m a Celebrity. I got my boys, I got my friends, that helped me through the first year of college.

But then a bombshell was dropped on me that affected everything. I can still remember what happened: June 17th 2017. I was studying for a quiz for my summer Biology class in the living room, listening to a mashup of Melanie Martinez’s ‘Dollhouse’ and Halsey’s ‘Castle’ when I got the Twitter notification. This fan account uploaded an article informing us of something I didn’t think would happen: Ant had entered into rehab. I couldn’t believe what was written but I read the article. He was struggling with addiction to painkillers, alcohol, and anxiety issues all while being in the public eye.

What was more crushing was that he was doing this for two years, as long as I have been in the fandom at the time. I broke down when I found out, feeling so stupid for not realizing it sooner. The fandom was feeling upset about this as well. We were saddened and terrified. What do we do now? Course it didn’t help that my dad was all ‘pull yourself together, Anna’. He wasn’t really good handling my sensitivity, that’s where my mom comes in.

But I still went on with my summer. After all, my parents would never allow me to just drop everything and let me stay in my room all day until he came back. I had my Biology class to finish as well, it was easier than doing it over at Berkeley. But looking back at the summer, I am glad for one silver lining: Ant’s bravery gave me the realization that if he can fight off his demons, so can I. So I talked to my advisor over at Cal and I was able to arrange to have a therapist that I would see on a weekly basis when my sophomore year started.

You see, I’ve been dealing with anxiety for so long in my life. It has had an effect on how I handle things whether they be school related or not. Aspects of my anxiety include getting anxious over nothing, jumping to worst case scenarios when there’s still a chance that it wouldn’t happen, feeling like I have to prove myself as a Berkeley student, and not wanting to share about my accommodations for fear of sparking resentment and jealousy from others. While those aspects aren’t fully taken care of as of writing this post, at least i’m on the right track to taming them.

There’s another way being a fan and the past summer has changed my perspective: the importance of mental health. We’re so focused on trying to get things done and doing more than others that we neglect how this affects us. And these issues aren’t always apparent. In other words, the sunniest of smiles can hide the darkest clouds. The important thing is to know your mental limits and take time out for yourself when needed. There’s only so much one can take after all.

As much as I would love to say we’re out of the woods with this, that’s unfortunately not the case. He’ll be back from rehab again by next year. Feels like hell, but I gotta keep going while he’s gone. And if you think i’m being way too dramatic over caring so much about him and what has happened, I don’t care. I didn’t expect to be influenced after by joining fandom, but it’s definitely one of the best choices I’ve made in my life.