It might be a miserable Monday in January but our attention is definitely on the warmer climate in LA where Stranger Things cast won big at the SAG Awards last night! The 23rd annual Screen Actors Guild Awards honoured the best achievements in film and television performances for 2016.

A variety of celebrities strutted their stuff on the red carpet: Meryl Streep, Kirsten Dunst, Nicole Kidman and Maisie Williams. But, it was 12-year-old Millie Bobby Brown, who plays Eleven in Stranger Things, who stole the limelight. The Stranger Things cast won an award for an outstanding performance by an ensemble in a drama series, and we couldn’t be happier for them! 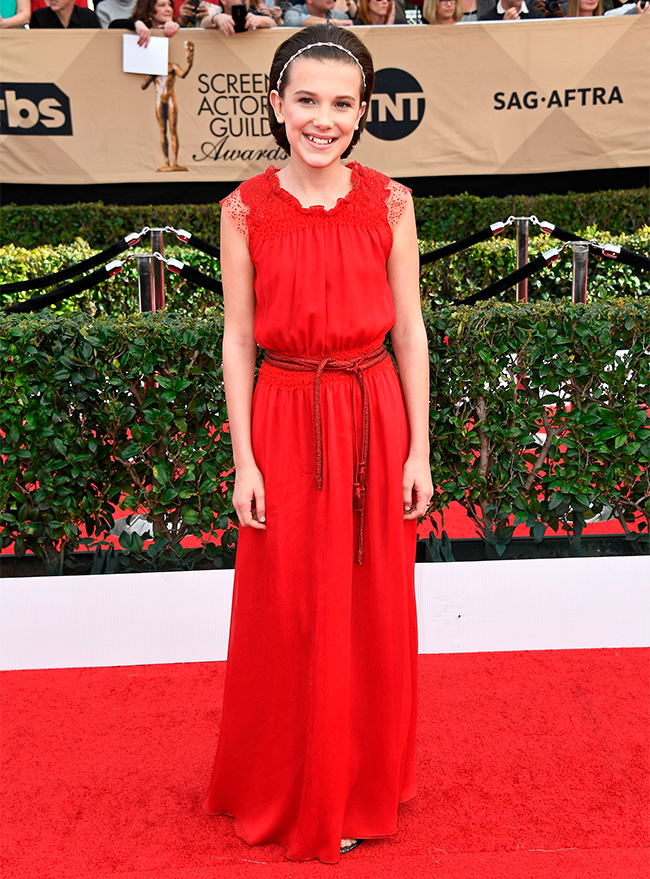 There’s SO many reasons why Stranger Things is all kinds of weird and wonderful, here’s just a few of them:

Have you finished watching the show yet, or are you just starting? Let us know what you think!