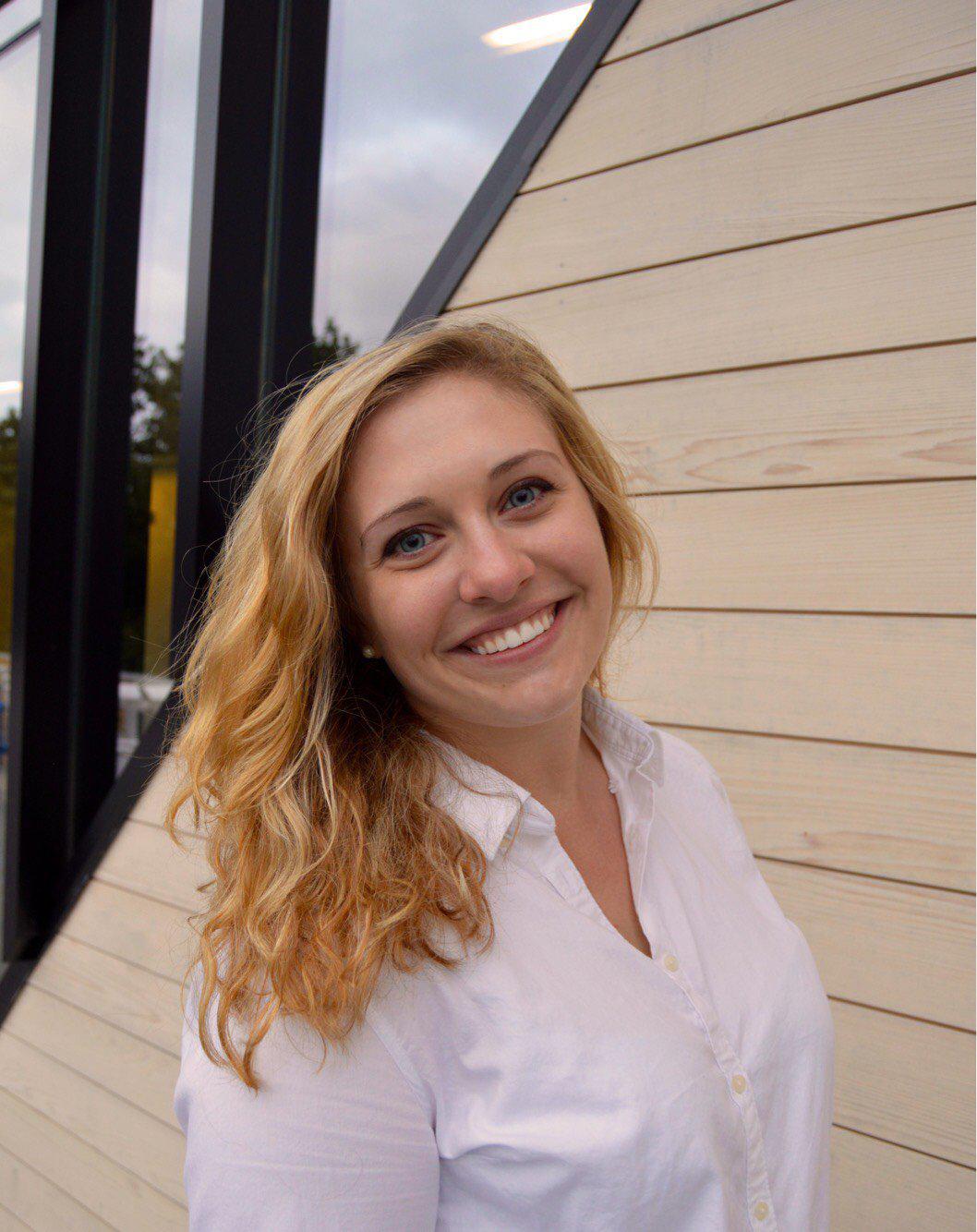 1. Your major doesn’t matter as much as you think it does

When you apply for college, you think the major you choose is what you will be stuck with your entire life. Well, it won’t. In fact, you won’t even be stuck with it your entire COLLEGE life. Studies show that OVER 50% of college students change their major at some point in college. If you change your major, it means you’re learning, changing, growing, and finding out more about yourself- so embrace it! And besides...those general education classes will likely prevent you from taking too many major-specific classes first semester, anyhow. So for now just sit back, relax, be open to trying out different things, and prepare to bond with your peers over a class called something like “The Science Behind Snowflakes.”

Over the next four years or so, you will make at least three friends by bonding over how horrible your student ID photos are- I guarantee it. So many people will ask to retake their picture at orientation, usually because they are HORRIFIED by their messy hair, oily skin, or peeling sunburns. But if there’s one thing I’ve learned, it’s that the best people have the worst ID pictures. And some of the best inside jokes are sprouted from your roommate’s ID photo with a Kim Kardashian style sunglasses tan line. Plus, when you’re a senior, it makes for a MUCH more dramatic #GlowUp insta post!

Your orientation leaders will go blue in the face trying to tell you repeatedly not to be nervous. Well, I’m here to tell you that you SHOULD be. At least a little bit. Now don’t get me wrong- I’m not saying that college is something you should FEAR, but you should not suppress any emotions that come along. I’ve never met a person who was not nervous before making a major life change. So even if Jake in your orientation group is acting all high and mighty, saying he’s ‘not nervous at ALL’ and is ‘just excited to party,’ remember that every single person is nervous, and that’s because you’re on the verge of something big and great. Go easy on yourself- the nerves will pass, and you will realize there was nothing to be afraid of. But it’s important to be present and conscious of your feelings (And, by the way, I guarantee that orientation group Jake will cry on the phone to his mom at LEAST once in the next month). The sooner you come to terms with your feelings, the sooner you can work through them and jump to the part where you enjoy college!

4. This may not be the school for you- AND THAT’S OKAY

The orientation leaders are paid to talk up the university and pretend that the school is perfect in EVERY way and that you will love EVERY second of being there. But no matter HOW perfect the school may be, that doesn’t mean it’s perfect for YOU. Maybe it’s too big, or too small, or maybe you thought you wanted a technical school but really you’d prefer a liberal arts school. Even if you went to the most seemingly PERFECT college...like, maybe, Puppy University…..there will still be someone out there who is a cat person. The point is, you’re allowed to change your mind, you’re allowed to transfer, and you do not have to stay somewhere you are not happy. College could be the best years of your life if you let it, and for some people, transferring schools is the secret ingredient to making that happen! Listen to your inner voice and advocate for how you feel, even if it means a fresh start somewhere else.

5. You will be a hot mess sometimes

As previously stated, your orientation leaders are here to tell you that college is a piece of cake and that you will be completely fine for every moment of the next few years. It is not, and you will not. You will cry into your pillow, you will stress eat, and you will have at least one midterms-related mental breakdown. But YOU WILL BE FINE. I found that my college breakdowns (note the plural) were always the catalyst for something great. Maybe some stranger will comfort you as you’re crying in the back corner of the biology lab and they’ll become your best friend. Maybe you’ll FINALLY decide to start seeing a therapist to get your anxiety under control. Maybe that stressful all-nighter you pulled on that paper will get you an A, and your professor will end up writing the letter of recommendation that gets you your dream internship. College will be some of the best times of your LIFE, but it is also a time of extreme growth and learning, and you’ll get the occasional growing pain. but you WILL get through it, and you’ll look back on college and remember the nights you stayed out until 4 am with your friends- not the nights you stayed up until 4am crying over a paper on “the history of the wheel.”

6. You should strive to be well-known, not popular

Congratulations: you have officially survived the days of “The Popular Group.” We all had that group in high school- maybe they were nice, maybe not; maybe you were friends with them, maybe not. But in college, there’s a different type of hierarchy, and it’s the good kind. In college (in my experience, anyway), the more involved you get on campus, the more ‘popular’ you will be. Believe it or not, your orientation leaders might be the most ‘popular’ kids in the school. Despite how dorky you may think they are, you will notice that they are some of the nicest people you meet (albeit, perhaps, too loud and energetic for your 7:00 am meeting time). All I’m saying is that I did not win Homecoming Queen in college by forming cliques and making fun of other people. I won Homecoming Queen by being a tour guide, an orientation leader, and president of countless honors societies and clubs. The cool thing about college is that you gain friends by doing different activities and making friends with many different groups of people- not by sticking exclusively to one group. So branch out and start meeting new people! Before you know it you’ll realize that -gasp- you’re like, kind of POPULAR (even if you still watch a Disney movie a day and snort when you laugh).

7. You are not stuck with this one group of people forever

When you get herded into your orientation groups, a small part of you finds yourself believing that these are your friends for the next 4 years, no questions asked, take it or leave it. I remember looking around at my group and being distraught when I didn’t suddenly detect my future spouse or best friend in the mix. With the exception of a lucky few who make a lifelong bond (thanks exclusively to fate), many people will never interact with their orientation group again. You might meet your future maid of honor at orientation, or you may forget in 3 months who the heck was in that group- and either way is okay.

Ok, well they might actually tell you this. But as a former orientation leader, I know that some groups of incoming students just DON’T want anything to do with the orientation leaders, so this message can get brushed under the rug in the midst of Lax Bro Jonny asking sarcastic questions of the orientation leader to impress the girls in the group. But seriously- your orientation leaders would NOT have volunteered time out of their summer to do this job if they didn’t care. If you approach them on the quad three weeks into the semester and ask them where the gym is, they will be SO happy to help you (and TBH it will make their day that you actually thought to ask them). They’re trained to help you with your transition into college, and they WANT to help, so use them as much as you can!!! I promise they won’t think your questions are dumb or your concerns are ridiculous. Most orientation leaders do it because THEY were terrified coming into college, which is why they want to make the experience better for those after them.

9. Rip off that cell phone band-aid

Put your phone away. Again, they might actually tell you to do this. Or they may even take a harsher approach and take away your phones. But seriously, they aren’t doing it for fun. If you spend the 1-2 days of orientation with limited access to your phone (except of course to tell your mom goodnight- which you MUST DO OR ELSE SHE WILL THINK YOU ARE DEAD AND PROBABLY CALL THE SCHOOL IN A PANIC), it will be like ripping off a band-aid by the time school starts, and you will actually feel invested in your new digs. Spending your whole orientation texting your group chat from home will only make you more homesick, and prevent you from reaching out and getting to know the people you’ll be sharing the next four-or-so years of your life with (figuratively, of course- remember what I said about not being stuck with this particular group forever). I KNOW you miss your friends back home and they can’t wait to hear about your orientation, but you won’t regret putting the phone on “do not disturb” for the day(s).

10. You actually should listen, even if it’s boring

Listen. I was an orientation leader for two years. Each year I led four sessions that were two days each. I had to listen to the same.exact.program EIGHT TIMES. I KNOW it gets dry. The cheesy videos made by RAs that demonstrate the school’s drinking policy...the dad jokes that your school’s president cracks every now and then just to try to keep it interesting (if you’re lucky enough to have a president who at least tries to be funny)...and the tedious demonstrations on how to log into the school’s homework portal or use the library database. It can be brutal. And I PROMISE you that your orientation leaders agree. But do your best to pay attention. Someday you will be locked out of your dorm room at 3 am and you will wish you remembered what the Public Safety director told you to do in that situation. And besides, I personally found that many people in my orientation groups bonded over the different speeches and sessions: the boring, the cheesy, and the awkward.

3 DIY ways to upgrade your dorm