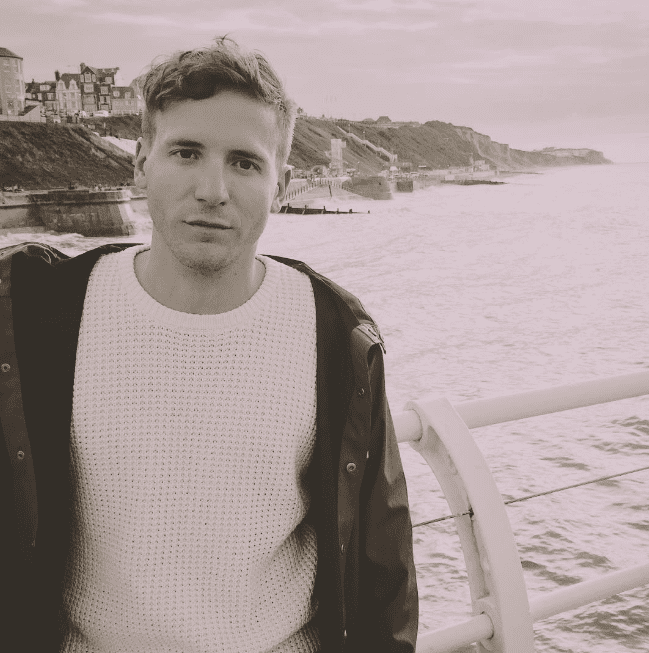 They say music defines a generation. Well we couldn’t agree more, but we thought we’d go a step further and explore the records that changed music forever! If you want to sound smart at the next college party - read on, plug in and listen up. Here’s our Top 10 - you may disagree and think we missed one. That’s cool, just let us know which and why - on Twitter @UNiDAYS_US or Facebook using the hashtag #UNiDAYSTop10!

The man, the music, the moves! How could any list be complete without him. Why this album? Well, despite being Jackson’s sixth, it is his most critically acclaimed and genre-busting.  And, after being best selling album two years running (1983 + 1984), certified as the biggest seller of all time and 8 Grammy’s - how could anyone challenge it’s importance. Billie Jean, Beat It and, of course, title track Thriller (with accompanying cinematic video) are all epic in their own right.

From the iconic artwork that continues to be plastered across dorm rooms around the world, through to the guitars and timeless energy of the first single [Smells Like Teen Spirit] - Nevermind was one of the most successful records of both the 90s and the twentieth century! It sparked the rise of indie alternative music and paved the way for teen-angst all around the world.

You’ve seen the movie, so there’s not a huge amount more to say really… The record that pioneered gangsta rap, launched Dr Dre and redefined the future of Hip-Hop. It’s one to give you shocks, shudders and a sore neck from all the head bobbing nodding you’ll be doing to the infectious beats.

With a voice that sends tingles down the spine and lyrics to make a grown man cry. Adele has without a doubt, broken new grounds and left broken records in her wake. The follow-up to her critically acclaimed debut was a force-majeure in 2011, becoming the number one selling record both that year and the next. She won more awards than any mantelpiece could handle.  Not bad for a girl from Tottenham!

You knew it was coming, c’mon you knew! In the summer of ‘67 students around the world rejoiced in the captivating sounds of John, Paul, George and Ringo. This album was a turning point for the band - at the height of their fame and after 7 successful albums, they switched their poppy sound to a rockier beat. It stands the test of time, and for me personally both “With a Little Help from My Friends” and “Lucy in the Sky with Diamonds” do nothing but make me happy!

You cannot deny the impact her music has had. The most iconic female recording artist of all time. Cited by Britney, Gaga, Christina, Katy Perry and Taylor Swift as one of their greatest influences. She changed the way women were perceived and accepted in music, and paved the way for the other ladies on this list! The reason both these records are listed is simple - they changed everything. The title song, plus “Get into the Groove” and “Material Girl”, make Like a Virgin a must-have.  And, condemned by the Vatican, Like a Prayer was a powerhouse call for female empowerment. Madonna sent pop soaring back to the top of the charts & made cone-shaped bras the new vogue. She took us all there!

7. The Rise and Fall of Ziggy Stardust and the Spiders from Mars - David Bowie

Without being seen as pure posthumous recognition, Bowie really does deserve huge praise for the impact he had on music. Both Jay-Z and Madonna say he influenced their sound! He had numerous alter-egos, but none so iconic as Ziggy Stardust. This concept album introduced the world to a whole new sound and vision, taking glam-rock mainstream. Personally, Starman is one of my favorite songs of all time!

She’s taken country global and made it mainstream in America again. She’s broken records, clutched multiple Grammy’s and side-eyed Kanye. No-one can deny the tour-de-force that is Miss Swift. Her simple, effective and relatable lyrics, combined with the perfect toe-tapping tunes, mean that girls around the world flocked to her in their millions. With this record, she changed the way musicians get paid, and now only works with specific streaming sites, namely Apple Music. I’ll be honest, I’m not particularly a fan - but whenever I hear a Swifty song, I just can’t seem to “shake it off. #Sorrynotsorry!

Who doesn’t love the fact that these guys have been going for decades, and still sell out huge stadiums all around the world. Their original audience has stayed faithful and they’ve attracted plenty more over the years. With a back-catalogue that make Paul McCartney jealous, their sounds are infectious and their tours legendary - both for on and off stage activity. Sticky Fingers defined rock for the 70’s and set the new bar for dirty rock. I adore Wild Horses - I plan on having it as my wedding song (one day!).

Mrs Carter had been leading the way for pop-led R&B for many years, and in 2013 she did it again. Overnight she dropped the first “Visual Album” and basically broke the internet. In the short-films that accompany each song, Beyoncé showcases her experimental sounds in stunning visual performances that deserve praise in themselves. Add to this the collaborations - of course, Mr Beyoncé (Jay-Z), Drake and Frank Ocean - all featuring to add to undeniable impact of this record.

10 Labor Day songs to party to