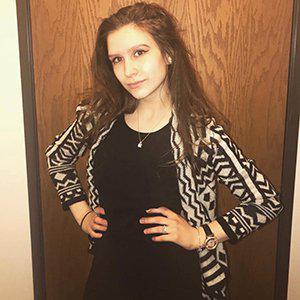 Paisley is a pattern of different looks and shapes and colors that come together to create something unique. That is what Prince’s Paisley Park represents. It served as a recording studios for many different talents to come and collaborate. Prince was the center of this collaboration. Those who influenced Prince and those who he influenced joined at Paisley Park. Not only was it the home of creativity, but where Prince resided in the last years of his life. When Prince passed the estate was passed to family. Paisley Park became the museum in Chanhassen, Minnesota where fans unite and fellow musicians show respect. Having the opportunity to visit is something every Prince fan should take advantage of. I was able to make the journey not too long ago so here's a taste of what it’s like:

There is only one entrance and exit for cars at Paisley Park. The polished white building looks guarded. Upon entrance security greets you and ensures that no electronics are with you. No photos or videos is the policy at Paisley Park. These measures really aren’t the most surprising if you knew about Prince. He was more private in general and didn’t necessary believe in much tech. Journalists were invited to Paisley Park while Prince was alive and not allowed to bring anything but a pen and pad. It gave a very exclusive feel just to be there.

Depending on which tour you go on depends what you all see. The estate is fairly sizable on the outside, but definitely feels larger on the inside. The rooms are of course very Prince in style. Purple, marble, and gold are mentionable accents. Most of the rooms are untouched from when Prince lived there, but others are modified to showcase artifacts. For example you might just see a few key pieces from Purple Rain and his other albums and films. These modifications are pointed out along the tour and are the result of conversations Prince had before his passing.

This point brings you to a gift shop. Something interesting to mention here is the Paisley Park tour book they sell. Usually a glossy covered tour book would include pictures, but due to their strict policy only a few images are present (mostly the same ones provided on the Paisley Park website). This goes to show you really have to be there to see it. Not even a google search for leaked photos will result in the full picture. The gift shop sells nice souvenirs don't get me wrong, but there is no supplement for the things you see and are able to hear at Paisley Park. Those things are not for sale.

After Driving Away In My Little Red Corvette

I reflect on how incredible the experience was. I may not have the pictures, but actually having the opportunity to take it all in means so much more. I don’t think pictures could capture the feeling of walking where Prince did. I feel inspired and that I will find myself at Paisley Park again.

Rest In Peace Prince. We hope you have found your Paisley Park in the clouds.

3 things to help you finish off the semester strong