Some of you may know it by one of its other names, Emancipation Day, Freedom Day or Jubilee Day. Here’s what you need to know...

Juneteenth is the commemoration of June 19, 1865. On this day, the enslaved African Americans of Galveston, Texas found out they were free from Major General Gordon Granger and his Union troops. This news reached Texas two and a half years after President Abraham Lincoln’s Emancipation Proclamation, which became official on January 1, 1863. The following year, formerly enslaved, Black Texans started to celebrate the day known as Juneteenth.

Oh just casually holding Order #3, aka the original #Juneteenth document delivered by General Gordon Granger in June 19, 1865 in Galveston Island, Texas. I’m sure you’re wondering how I got my hands on it. I’ll share that story & a couple of fast facts about the holiday below. pic.twitter.com/1u90aKDF7d

A recent revival of the celebrations

Juneteenth has been celebrated by African Americans in towns and cities across the country for over a century and a half. There has been a surge of attention on the holiday, as the protest movement against police brutality and structural racism toward black Americans gains momentum.

How is Juneteenth observed?

With food, of course. How else? Since 1872, Juneteenth has been typically celebrated with meals of red food and drink, such as hibiscus tea, watermelon, strawberry shortcake, red beans and rice, red velvet cake and strawberry soda, to symbolize strength and courage. And what sort of summer celebration would it be without a barbecue?

Most celebrations are held in backyards with family and friends but some cities, like Atlanta and Washington, hold larger events, like parades and festivals. And some businesses have committed to making the day a company holiday, giving many employees a paid day off. Twitter, Square, Lyft, Best Buy, Nike and Target are just some of those companies.

The Juneteenth day of commemoration even has its own flag. It was first created in 1997 by the activist Ben Haith, and illustrator Lisa Jeanne Graf. With revisions which added ‘June 19, 1865’ later in 2000. So if you see this flag flying, you know exactly what you’re looking at. Learn more about the flag and what it symbolizes right here. https://www.kmov.com/news/the-juneteenth-flag-is-full-of-symbols-heres-what-they-mean/article_fb3bb689-54fe-52f1-8d60-461d95b1c4b6.html 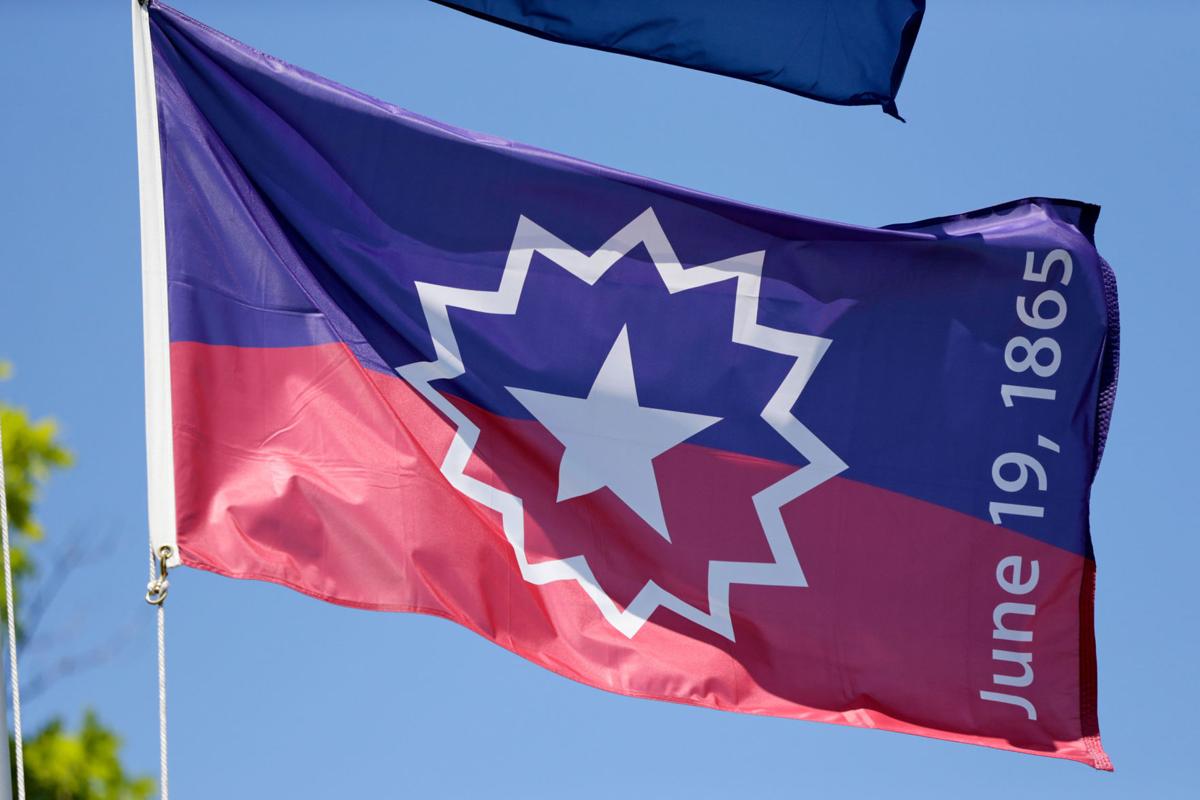 Is Juneteenth an official holiday?

Yes! As of June 17th, 2021, Juneteenth National Independence Day is a US federal holiday.

If you want to know more there’s a dedicated website that has all you need to know. https://juneteenth.com/