Are you ready for some serious March Madness? The 68 teams have been announced for the 2016 men's basketball tournament and we're sure you've got an idea who's gonna win! Want to compete against your friends for the chance to win a $200 Reebok gift card? Click here to print your UNiDAYS® March Madness bracket and let us know your predictions for the winning team on Twitter & Instagram using the hashtag #UNiDAYSMM. Winners will be picked on April 5th - good luck! 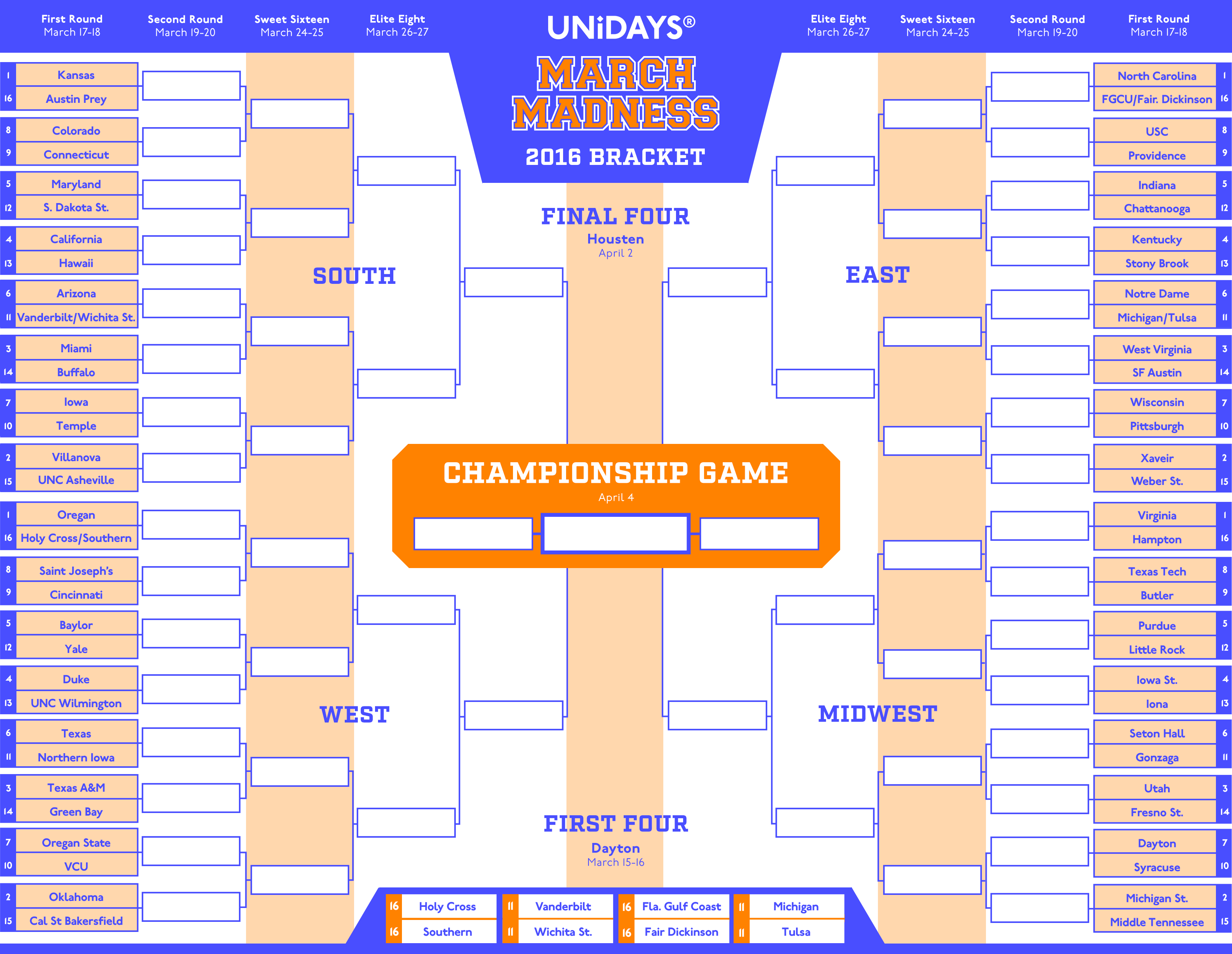 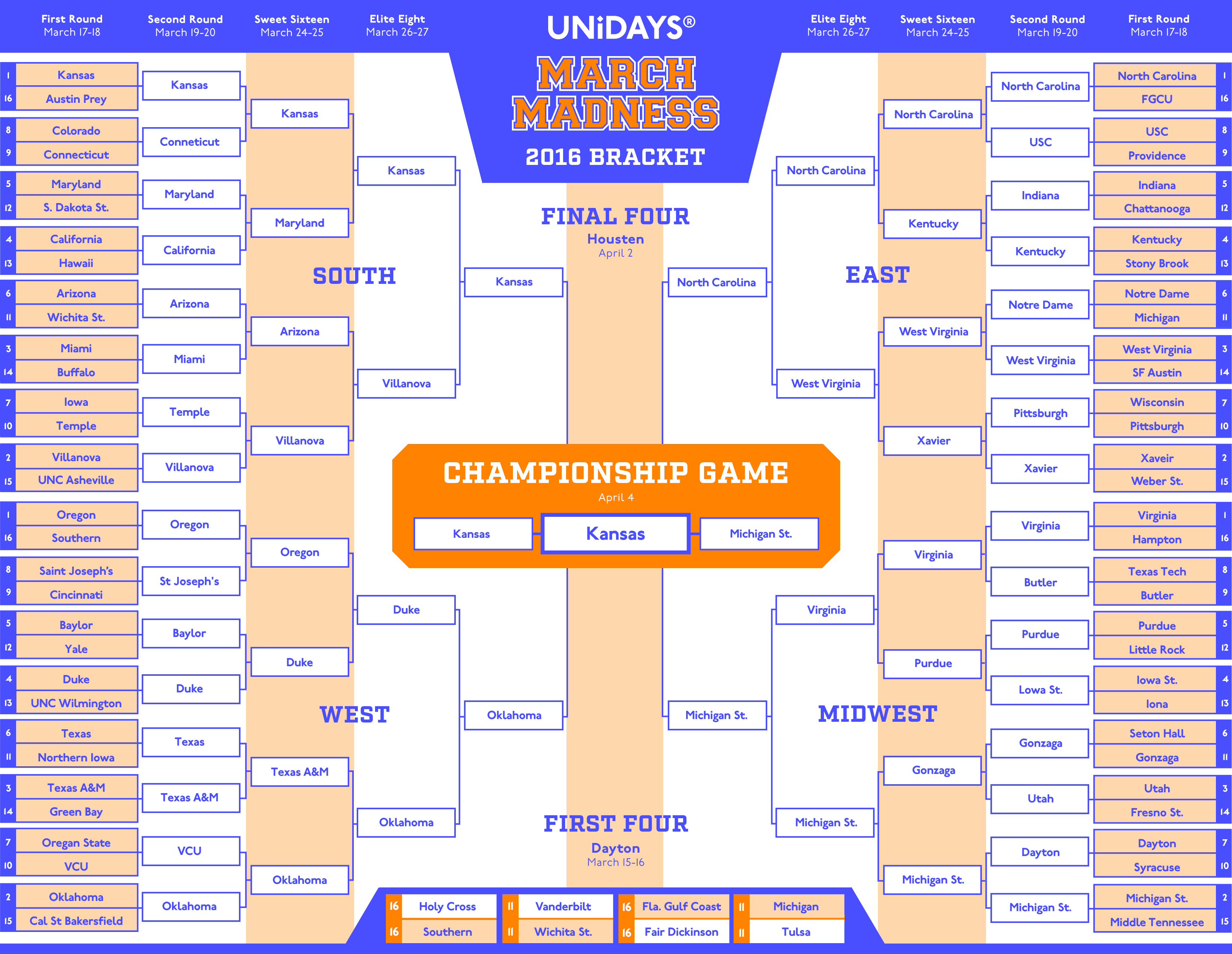