It was a good year for music

Maybe it's just me, but 2018 started a bit slow and then exploded out of NOWHERE with incessant events. Music followed that same trend, and 2018 turned out to be a captivating year for all music lovers.

Whether or not the music industry is a bit saturated is an argument for another day, but the amount of music that was released made it impossible to fully digest an album with full gusto without jumping to the next project.

However, there were notable standouts that shined brighter than the rest. Filled with a myriad of greatness, here's a modest list of the top 5 Hip-Hop/Rap albums of the year, ranked #5-#1. This list is solely based on story-telling, overall lyricism, beat selection, overall message and the longevity of the record. Find them on Apple Music and see if you agree. 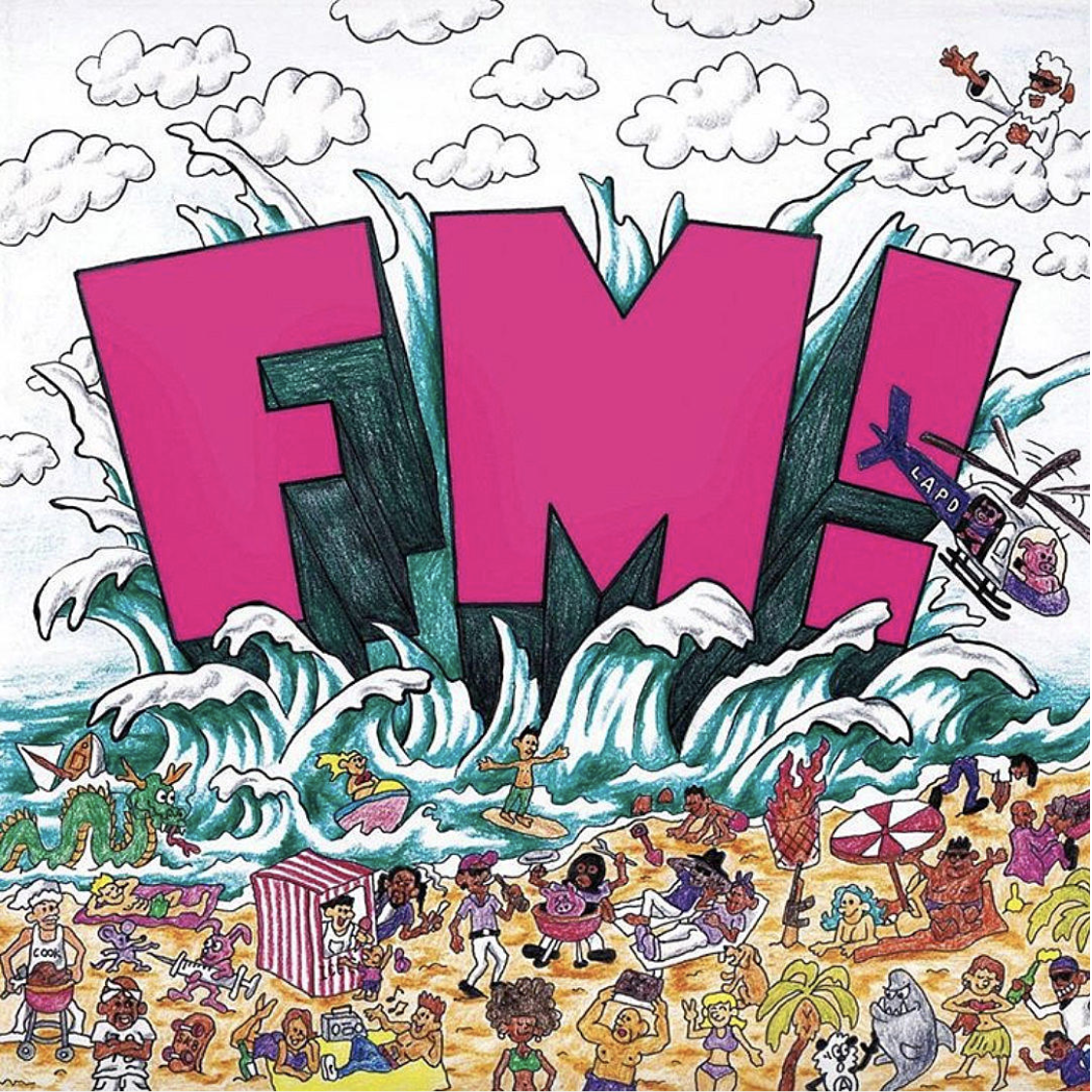 This album allows you to relish in all things West Coast. From the opening track, you get a sneak peek of what life can genuinely entail in Long Beach, CA. Vince walks a fine line between gritty lyrics with mainstream friendly beats that can easily be found in the club. He quickly jumps in and out from being playful to having a braggadocious temperament.

The skits and interludes interpolated within the album makes for a smooth transition throughout the record and manages to make this body of work truly whole. With collaborations with the likes of E-40, Kehlani, Ty Dolla Sign, Kamaiyah and Tyga, this album is packed with gems and is worthy of being repeated well into 2019 and beyond. Like Vince said, "My work speak for itself" and I'm inclined to agree! 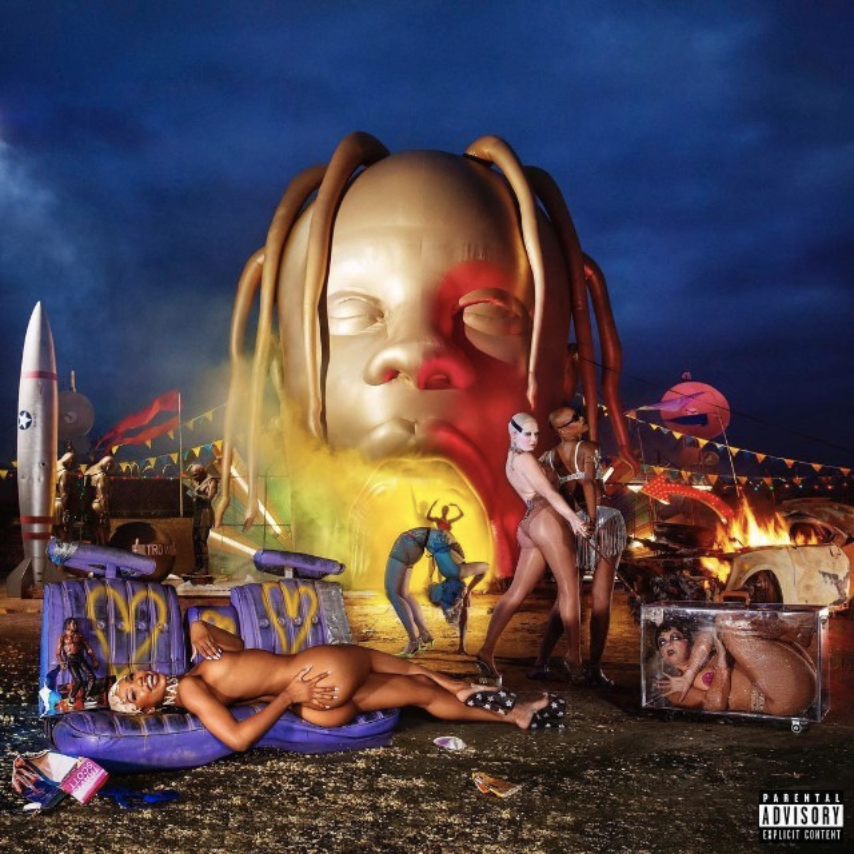 This project is a one-in-a-million album that aged magnificently. On first listen, it was evident that this was a solid piece of work, but as the replays became weekly to daily, it was solidified as something extraordinary.

The sheer success of this album cannot be understated and not without good reason. From "Stargazing," you're immediately sent to a dreamy state, and with that, you're taken for a ride. The sudden beat drops within a song were a pleasant surprise but can be worrisome for the impatient listener if you only liked the first or second section of a particular song. Nonetheless, this was arguably the best body of work from Travis Scott, and it can be said that this time frame may be the golden era for him.

The sheer creativity that went into this album deserves a round of applause. It'll be hard to top this, but for the time being Travis Scott got the whole world in the palm of his hand.

Highlights: "STARGAZING," "NO BYSTANDERS," "STOP TRYING TO BE GOD" and "YOSEMITE" 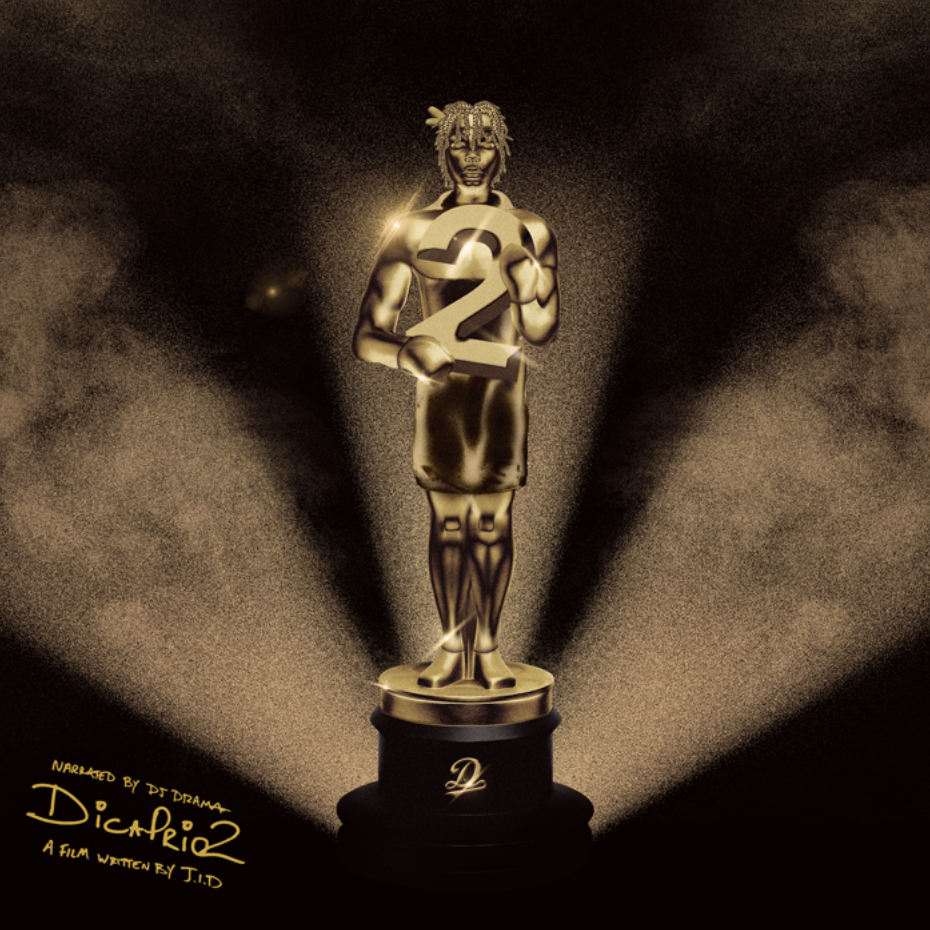 "Activate, activate, activate, activate." J.I.D came and did what he had to do with this album. It's evident that Kendrick Lamar is an artist that influences the Dreamville rapper, but it wouldn't do anyone any good to assume that he's nothing more than a clone. "Off da Zoinkys" is a breath of fresh air compared to the usual drug addict-friendly music that is prevalent nowadays.

With obvious west coast influence in "Slick Talk" to the sheer versatility of rhymes and flows across the board, this album exceeded expectations. The storytelling and lyricism skills J.I.D possesses are top tier, and I can honestly say he’ll be on everyone’s top 5 rapper list in 2-3 years.

Everyone deserves to be a witness to such greatness and honestly take some time to listen to this album thoroughly and on the flip side, J.I.D. deserves the proper attention. He's finally achieving the latter, and I'm eager to see his ascension to true prestige. 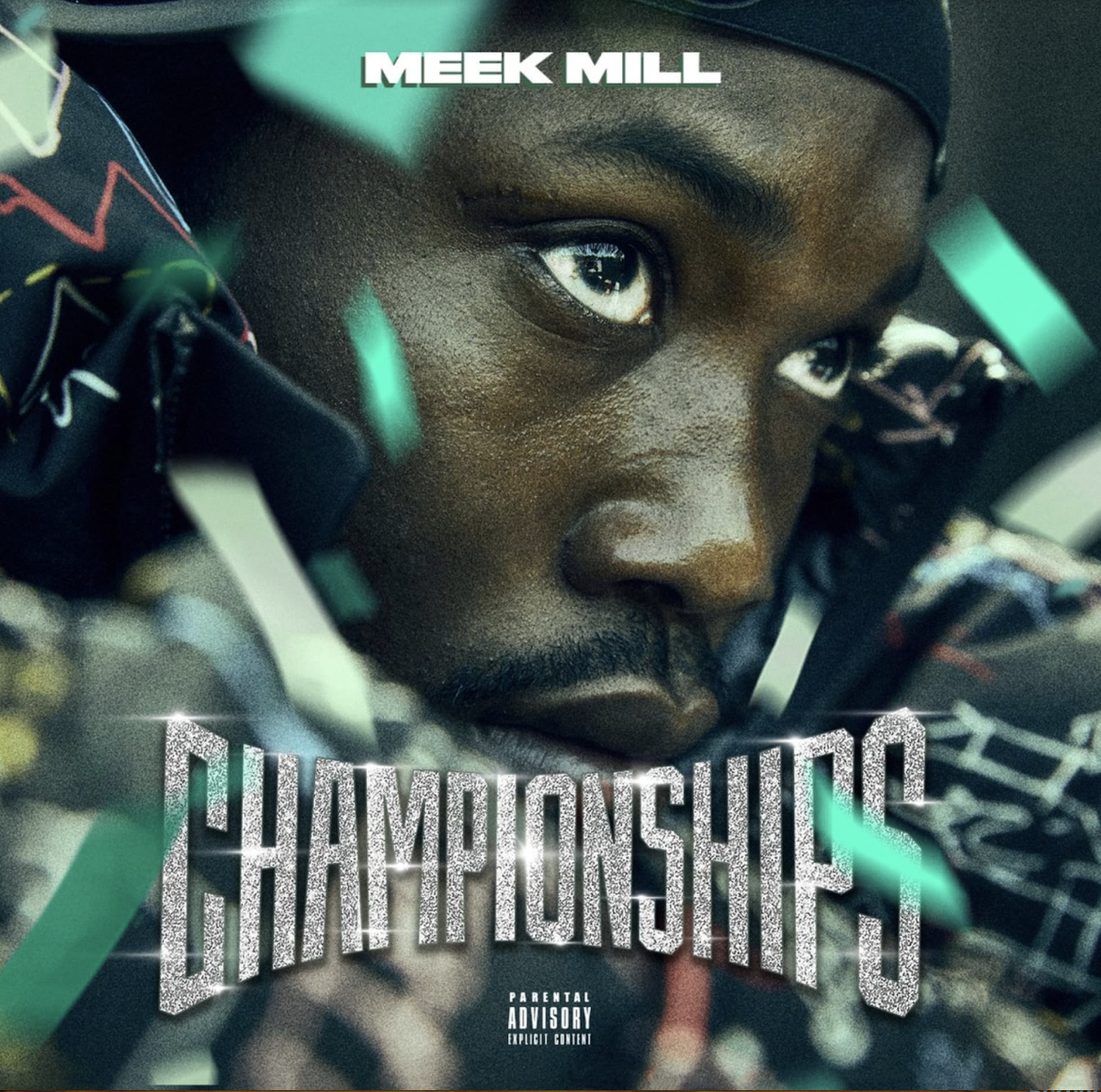 With this one, Meek Mill once and for all muted all of his nay-sayers. He knows how to turn nightmares into dreams since most of us are well aware that up until this past year, Meek Mill hasn't had the best luck in an assortment of ways.

This album arrives and comes through like a light beam of hope not just for him but to anyone that needed a reminder that you don't have to be a victim of your circumstances. It's clear how his past experiences have matured his way of thinking, and with that masterfully curated a top-notch opus. It's a celebration of overcoming obstacles but also cautiously warns the listener that all you can do is "Respect The Game."

"Championships" is a culmination of pure motivation, and then the highlight comes right after with "Going Bad" featuring no other than Drake himself. If you're a Meek Mill fan or a real fan of Hip-Hop, this album gave us what we needed in an otherwise abnormal year. Here's to the underdog winning! 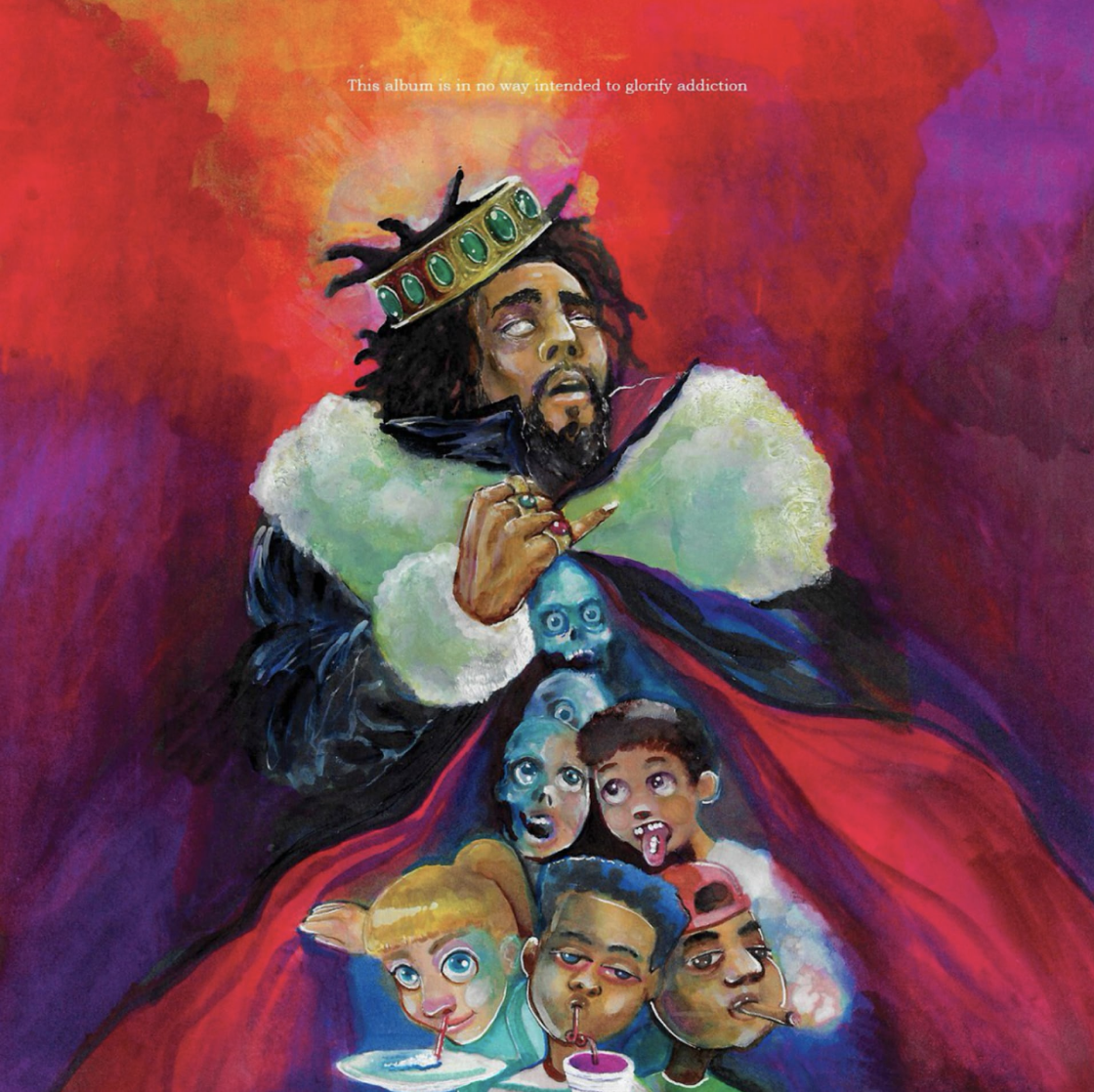 J. Cole comes as an antidote during a time where the opioid crisis really can't be understated. The music industry, particularly, the Hip-Hop/Rap niche, glorifies drug usage, so it was great to see an album like KOD tackle these issues.

The album starts with a young woman giving a quick lesson on communication followed by "Choose Wisely" being repeated which alerts the listener on the direction of the album and requires full attention. The energy kicks off with a brazen chorus in "KOD," and with lyrics like "How 'bout you listen and never forget? Only gon' say this one time then I'll dip. N ain't worthy to be on my s*",* the boastfulness is merely an artist flexing his talent and reminding everyone who he is. The song ends with repeating the central theme of drug usage which flows perfectly with the next track in line: "Photograph."

At this stage, Cole touches upon a new era of romance in the digital world. He raps in a way that's relatable to a younger generation and reminds us how easily social media can mess with a persons' mental state. He does this in a way that doesn't come across as preachy but paints a picture on how it could be to be an anxiety-ridden guy who ultimately decided to pursue a girl but was unsuccessful. With "The Cut Off" you meet kiLL edward, a character Cole created that is your quintessential example of an addict. He uses this as a cautionary tale on top of getting personal and touching on cutting people off that was ultimately using him just for money.

"ATM" and "Motiv8" is all about being introspective about money and while we chase cash and all of its perks while we're alive, we should remember we'll never be truly satisfied if that's ALL we're pursuing. From dealing with the consequences from poor choices ("Kevin's Heart,") analyzing taxes in "Brackets," why meditation > medication on "FRIENDS," this album was in a bracket all on its own.

The project ends strongly with "1985," and in an older brother sort of way, Cole addresses the new wave of rappers coming in and simply letting them know that talent will always take precedence compared to riding trends to receive longevity in the rap game. Kids on Drugs, King Overdosed, or Kill Our Demons - either way you look at it, this album will be a classic and J. Cole is a true polymath.