Samsung has officially announced the next generation of Galaxy Devices, and we’re STOKED.

Samsung’s Galaxy Unpacked event was just as elegant and exciting as you’d expect, if not more so. Here are some of the upcoming gadgets and features that we’re most excited about. 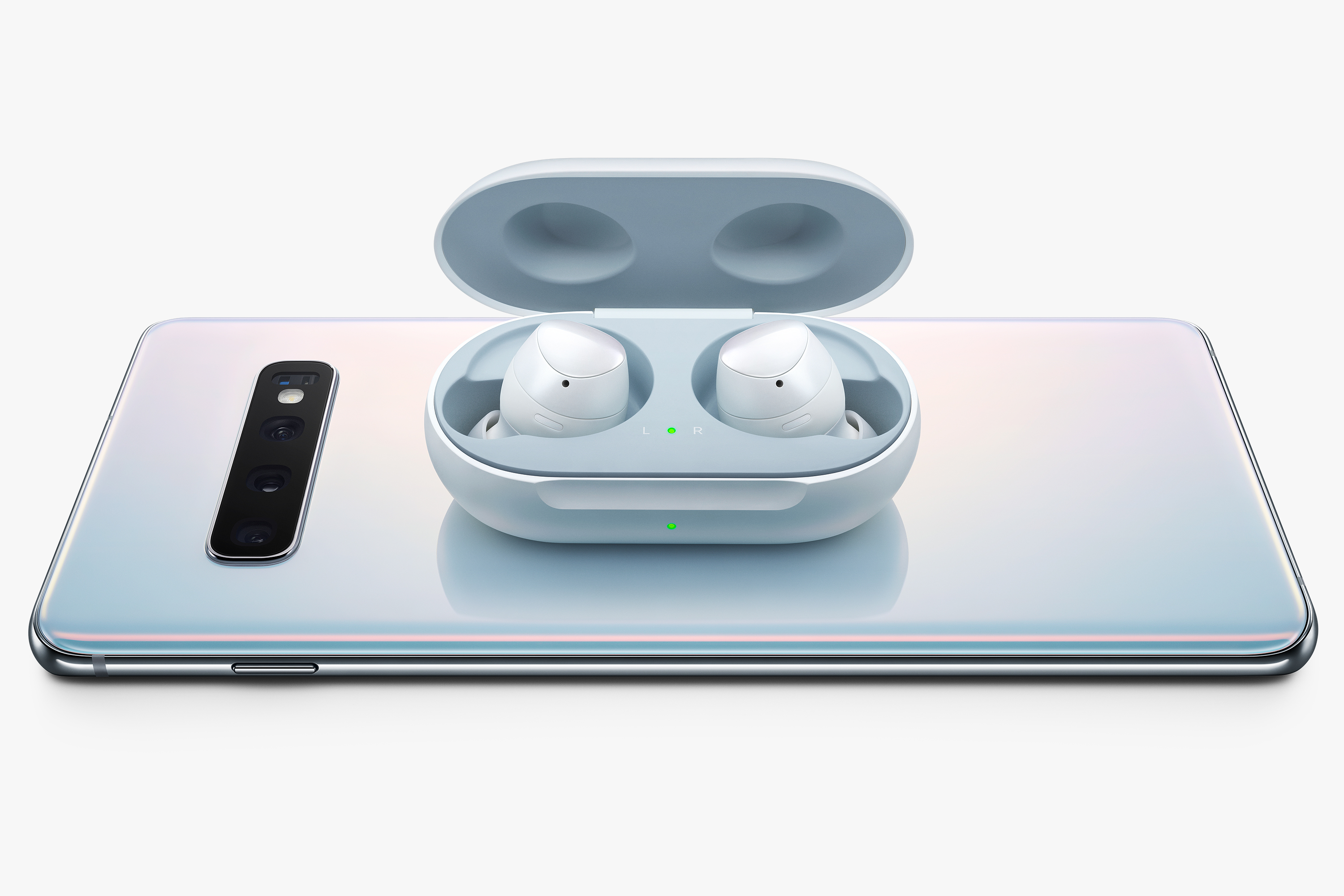 There’s a new generation of Galaxy being born. The Galaxy S10 and its variations, the S10e and S10+, are here to change the smartphone game forever.

Let’s talk about the next-generation camera. It’s absolutely bananas. If you’re an amateur photographer like me, it will literally teach you how to improve your photos. Is your subject not centered? It’ll tell you. Is the shot not level? It’ll tell you. The camera can even detect what kind of scene you’re taking a picture of, and will adjust the settings FOR YOU to optimize the image quality.

The triple-camera system enables you to take photos with a wide view, ultra wide view, or ultra wide panorama. This means that your phone camera will be able to take a picture with a field of view MATCHING THAT OF THE HUMAN EYE. Srsly.

Because you’re obviouslyyyyy going to want to share the incredible pics you take, Samsung has actually teamed up with Instagram to create a camera mode called “Instagram mode.” Not only will your instas be higher quality, but it will be quicker and easier than ever to post your pics to Instagram. Can we pls all agree as a nation now to socially legalize double-posting?

If you’re more of a videographer than a photographer, don’t worry- Samsung didn’t leave you out. The Galaxy S10 is the first mobile phone in the world to be capable of capturing video in HDR10+. Once you’ve captured your masterpiece, Samsung’s partnership with Adobe Premiere Rush enables you to edit it RIGHT ON YOUR PHONE, and instantly publish it to social media. Like….are we about to put film production companies about of business? Maybe??

BUT GUESS WHAT. THAT’S NOT ALL. The Galaxy S10 is an absolute tank. Not only does it double as a wireless charging pad (yes- you can charge your earbuds just by resting them on the phone), but it also has a battery life that’s up to 25% longer than the previous model.

As far as storage, we’re talking up to 1.5 terabytes. That’s LAPTOP-LEVEL, so you won’t need to worry about all these cool features weighing it down. For the gamers out there, Samsung’s partnership with Unity will ensure that you have the seamless gaming experience that you’ve grown to expect with Samsung.

The Galaxy S10 is the first ever mobile device to be compatible with Wifi 6, which is up to 4x faster in crowded areas. It can even distinguish between secure and nonsecure networks in real time, so you won’t be hooked up to any sketchy wifi when you need to check your banking app.

The Galaxy S10, S10+, and S103 will be available March 8th. They’ll be sold in eco-friendly packaging, so you can feel good about your buying decision. If you’re in LA, New York, or Houston, stop by a Samsung experience store (open now!!) to get the full ~experience~ and learn more.

Remember when I said you could use your phone to charge your earbuds WIRELESSLY? These are those earbuds. The newest Galaxy buds are the best yet (and the smallest yet- 30% lighter than the previous model!) .

Tuned by AKG, you know the sound quality is A+++. But guess what else? YOUR sound quality will be A+++ on phone calls, too. If you’re in a quiet place, the microphone on the outside of the buds will pick up your voice. If you switch to a louder location, the internal microphone will take over, and your sound will be picked up from INSIDE OF YOU. This is the future, you guys.

The Galaxy Buds come with Bixby, so you can boss them around hands-free. Bixby now speaks American English, British English, Spanish, German, and Italian. What a great opportunity to practice that language you’ve been trying to learn for years now.

You can expect up to 5 hours of calls, or up to 6 hours of music, from the battery life of the new Galaxy Buds. And, have you already forgotten that you can charge them ON YOUR GALAXY S10? Pls don’t forget that. It’s important to me.

For a limited time, you can get a free pair of Galaxy Buds (a $130 value) when you reserve a Galaxy S10 device. And preorder starts TONIGHT. So, like….why wouldn’t you?

10 years after the launch of the first Galaxy, the Galaxy Fold is the future of luxury devices. It’s a phone, tablet, and pro-grade camera ALL. IN. ONE.

When the Galaxy Fold is closed, you’re holding a sleek touch screen phone with a 4.6 inch display that fits in the palm of your hand. If you decide you need a bigger screen, all you have to do is flip open the device to reveal a 7.3” screen with Infinity Flex display. Now you have a powerful, seamless tablet in your hand. Forget the days of needing to carry around your phone AND your tablet- now it’s all here.

The Galaxy Fold enables 3-app multitasking, so you could watch a YouTube video (thanks to Samsung’s partnership with YouTube to give you YouTube premium), text your friend, and search something on Google AT THE SAME TIME. On ONE device. Like????? And let’s say you’re using Google Maps with your phone folded closed, but you want to see the map larger. Open your phone, and the app will follow along with you without skipping a beat. No need to recenter the map, or re-search the address. It’s instant and seamless.

As for the camera...your Instagram will thank you. The Galaxy Fold has a system of SIX (yes, 6) cameras (three on the back, two on the inside, and one on the front), so you’re always ready to capture the moment.

The Galaxy Fold will come in a variety of colors including Space Silver, Martian Green, and Astro Blue. It will be able to read data twice as fast as other smartphones. It will start at $1980 (but keep your eyes out for our student offer!!!), and will be available starting April 26th.

The future is here

Ok, I’ll stop shouting about this (for now…). Samsung has just changed the future of smartphones, smart devices, and even earbuds. It’s a big time, and you’re definitely going to want to be involved. Sign up here to get updates on the Galaxy Fold, and sign up here to reserve your Galaxy S10. Or suffer the FOMO forever. Your choice.

Gifts for the techie in your life

Take your Instagram game to the next level with Samsung

9 ways to tech yourself with Samsung