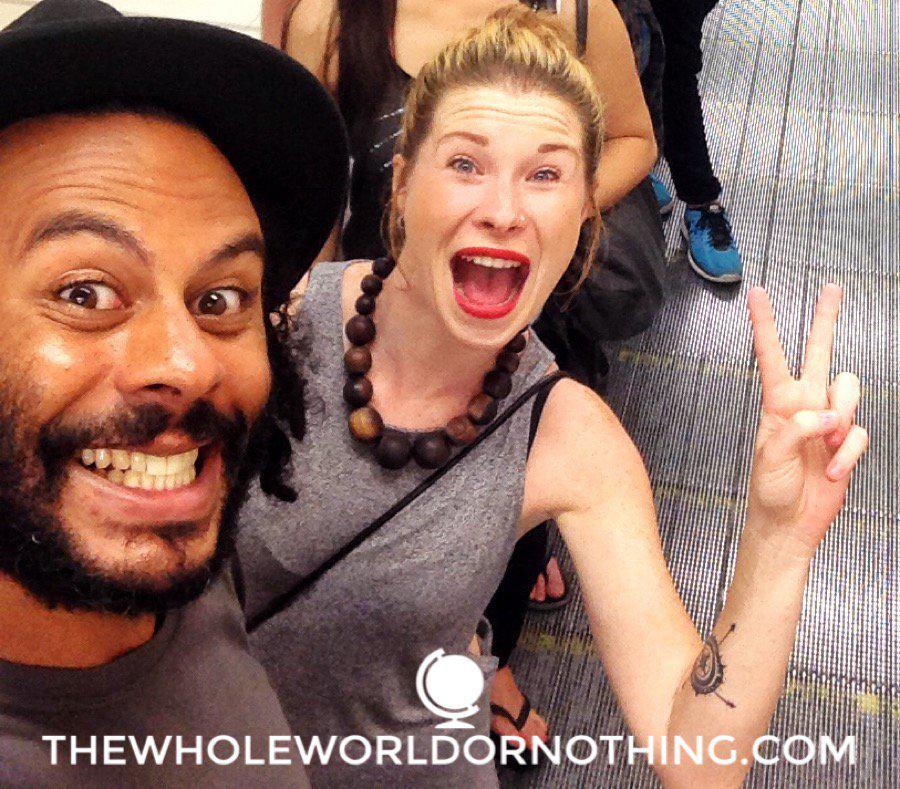 Growing a single dreadlock akin to Obi-Wan Kenobi, wearing ridiculous elephant patterned harem pants, speaking loudly in mock-broken English believing it to be a genuine attempt at communicating in the local language. People often do embarrassing things when they’re traveling abroad that they later come to regret. Though these are all pretty cringeworthy, there are far worse actions that will instantly put you into douchebag territory, and should therefore be avoided at all times.

OK, you might not have technically set off yet, but unfortunately, many peoples’ idiotic behavior starts even before they’ve boarded the plane. The airport can bring the worst out in even the most chilled of travelers and it’s undoubtedly a hotbed for douchebaggery. But you don’t need to be among that number!

Don’t wear crazy stuff like studded belts, or fix yourself up with a fancy hairdo that requires a hundred hairpins to keep in place. It’s gonna get you stopped going through security. Have your toiletries prepped if you’re not checking a bag, it saves time for everyone. You won’t be allowed on the plane if you’re drunk and disorderly and it will cause delays for the other passengers when you throw a tantrum because of it. So, by all means, get loose and happy, but please don’t get drunk and overstep the line.

It’s OK to stay out late, but just do your best not to wake everyone else up who hasn’t when you come in. That means keeping the noise to a minimum, trying to get into bed as quickly as possible, and not turning the freaking lights on. Keep your stuff put away, not sprawled out across the room. And no matter how hot your hook up that night is, definitely do not get amorous on bunk beds. Nobody wants to see or hear that.