While the distracted boyfriend meme was a popular Halloween costume in 2017, a new year means a new opportunity to put all those hours trawling the internet into some social use. Here are 7 meme-inspired Halloween costumes we reckon would be a hit this year:

All you need is a white tee, black marker, old skirt and newspapers. While fake news might be the 'enemy of the people', you'll defs be a hit.

When your knees are crying after you’ve squatted for the gram 😂😂😂 pic.twitter.com/vrkXszRkI2

You just need black ripped skinny jeans, gold hoop earrings, pink sunnies and a pink blazer. Just work on your squat and squint and people will instantly recognise you.

This will probs be the couples costume of the year. Go as DIY or as legit as you want, but as long as you're next to each other all night, everyone will get it.

Black high waisted pants + no top + pained expression. Phone is optional whether you want to be original Kylo Ren, or John Mayer as Kylo Ren 😂.

The full video of the boy yodeling in Walmart. This kid is a legend 😭 pic.twitter.com/djhK55dqLF

Flex those vocal cords and bust out your red bow tie, your yodel should rival that of Sandy Cheeks' dedication to Texas. Bonus points if you do this while inside a store.

ariana licking a lollipop while staring at her fiancé is the biggest mood pic.twitter.com/MN9uUNlQqZ

There have been a tonne of Ari + Pete moments in 2018 (like their breakup - we're still not over this 💔) but this one is pretty iconic, and a definite ~ m o o d. You'll just need a black and white flannel hoodie for Pete and an oversized jumper for Ariana. And the lollipops ofc! 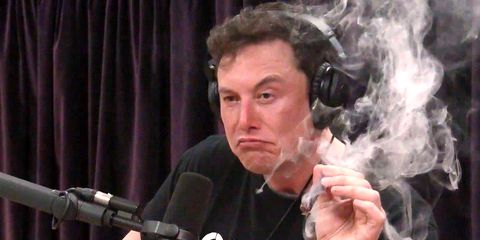 While we don't condone smoking illegal substances here in AUS & NZ, this moment is too iconic to pass. Just grab some headphones, get creative with the smoke and maybe even have a chart of falling stocks with you as a prop ¯_(ツ)_/¯

10 easy crafts to spookify your space