It’s no secret, I love a getaway. I’ve developed a first world problem of needing three holidays a year and at least a couple of overnight UK stays.

I’ve been drunk in Ibiza, and I’ve played slots in Vegas so when I get away now, it’s nice to see somewhere a little different. With this in mind, I’ve found four pretty insane hotels I definitely wouldn’t mind visiting sometime soon.

You know the feeling after a long flight, the one where you can’t wait to get off the plane? Well how about staying in a hotel, that’s actually a plane? Mind blown.

The Phoenix suite at the Costa Verde hotel in Costa Rica is contained inside of a refurbished 1965 Boeing 727. The plane itself is placed upon a 50-foot high structure, giving 360 panoramic views of the surrounding jungle and the inhabitants. We're talking monkeys and sloths! 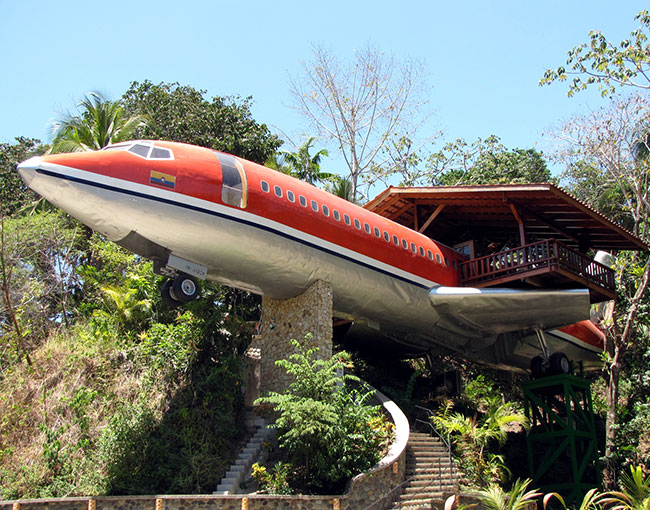 So you can’t actually stay here yet but the legends over at Brewdog have successfully crowdfunded what is set to be the world’s first craft beer hotel.

Some of the features of this hotel are absolutely insane. From a fully stocked mini bar built into your shower to the smell of hops and beer wafting into your room each morning through built in vents. Each room also comes complete with its own Punk IPA tap to keep the sweet stuff flowing all day. 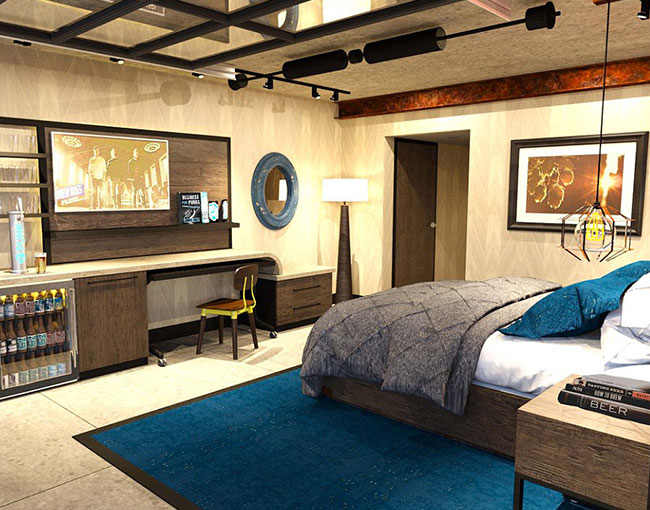 There’s nothing more tiring than getting off a flight and onto a Brit-filled bus for another three-hour journey to find your hotel, right? Wrong! The Skylodge suites in Peru are only accessible by climbing, hiking or zip-lining to them, a trip that adds up to a massive three to four hours, each way!

Each pod that sleeps up to four is placed on the rock face, over 1300 metres above the sacred valley below. These are definitely not for those scared of heights! 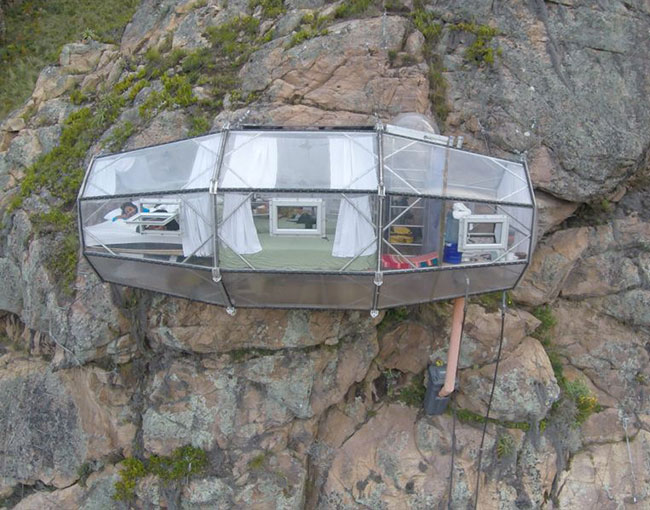 If someone offered to leave you sleeping with the fishes, you might be forgiven for thinking you’d just met the Godfather. However, it’s all part of the service at Atlantis The Palm.

There are two insane underwater suites, with panoramic views set alongside an aquarium filled with up to 65,000 sea creatures. The ridiculousness doesn’t stop there - the soap is topped with 24 carat gold flakes and you even get 24-hour butlers attending to your every need. Well, I’d hope so for a base price of £5500 a night! 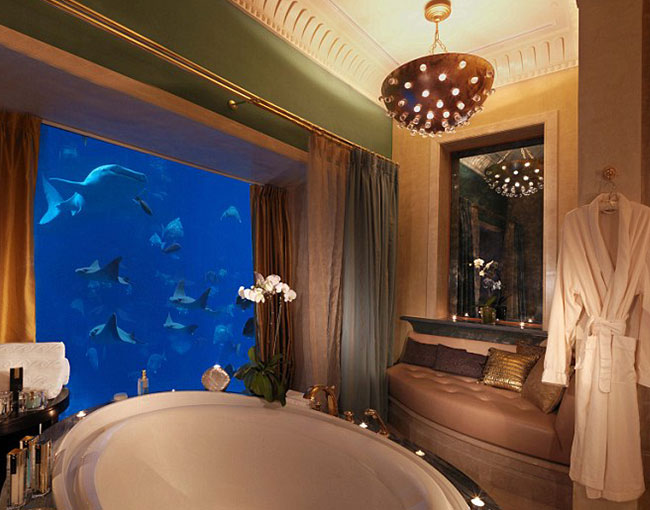