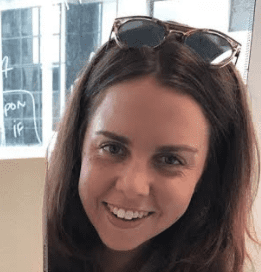 We know you don’t have to have a beard, beanie and a fixed speed bike to enjoy a tasty craft beer (although if you do we know you will love a good craft beer article) so, we thought we would let you in on our favourite Sydney spots for a cheeky cold one.

First up is the Newtown classic, Young Henry’s. All the classics are on tap and there are plenty of food trucks rocking up to keep you fed and happy. We rate the standard Newtowner but are definitely big fans of the cloudy apple cider, something that is hard to get right. And this one is not too sweet, and super crisp.

Next up Annandale’s Wayward Brewing co, complete with awesome wall art down the quiet alley this spot has a great interior and an even better selection of beers to choose from. If you are keen to try something a little different it is worth having a taste of the Raspberry Berliner Weisse “Sour Puss”... because c’mon who wouldn’t want to try that.

The Inner West is also home to another favourite of ours, Batch Brewing Co. Their simple space in Marrickville almost feels like you are hanging out in a mate’s garage, which is always a bonus for a casual outing. Your taste buds are going to be doing a happy dance when you see the out there options on tap… why not try a “DJ Jazzy Ginger & The Zest Prince” which is a Lemon and Ginger Sour Ale or perhaps “A Currant State of Infusion”, a Blackcurrant and Coffee Sour Ale.

Hidden away in St Peters is Willie the Boatman, a brewery whose warehouse location is not exactly what you would expect, light, airy and slightly nautical themed. The beers are top notch and you would be remiss without heading next door for a bit of axe throwing first at Maniax (yes you read that right) before quenching your thirst.

Finally the Lord Nelson Brewery Hotel is a spot in the Rocks you have to visit at least once in your life as it is Australia’s oldest pub brewery. The historic building is in the perfect spot to see right out across the harbour while sipping away. The Three Sheets Pale Ale is a classic favourite and while you are at it make sure you get some food in you, with English pub style menu serving up some legends like a beef pie topped with mushy peas and mash.

11 Mac tips and tricks you need to know