Know who said that?

Know who that is?

Know who he is?

Drizzy aka the 6 God aka a guy who likes his Os with a V in the middle aka a walking GIF aka zaddy-in-chief… but also, Drake is a Millennial.

And that probably explains why he’s upset, because Millennials are always upset or grumpy about some shit (like Aubrey, I’m 33 this year, so I know all about it)..

I was at a marketing conference recently. Besides crying, sending memes about being tired all the time, having this fixation with ‘ass’ (the less said, the better), shrugging and sighing our way through work, and whining about the state of the housing market, that's just a thing Millennials do.

Now’s the time to hit your JUUL, kids, because it only gets mopier from here.

So anyway, here I am at this conference, pouting all cynically and trying to figure out what in the fk TikTok is, when one of the speakers says this:

If you were born between 1996 and 2010, you’re prob so busy living your life and actually having fun you never stop to think, ‘Gee whiz, on a scale of water slide to wisdom teeth removal, I wonder how fun I am?’

Now, back to me (Millennials love that shit, too… more like ME-lennials; Gen Z tends to care more about the wider world and the fact our planet appears to be on its last legs): I’m upset about the state of pop bops by Millennials.

Originally, this was supposed to be a review of Carly Rae Jepsen’s new album, Dedicated, but it quickly morphed into a rant about how Millennial pop figures are trying so hard to be seen as fun that instead of making you wanna dance, it leaves you feelin’ all 😬😖.

Before I continue, I’d like to say that Dedicated is a pop album that kisses you in all sorts of ways: it’s a peck on the forehead, a soft smooch on the neck, a proper tonguey, a bite of the lips, and an air kiss goodbye. In other words, it’s lovely, luscious pop that is sweet and sad and summery all at once. Carly Rae, who turns 34 this year, is the Millennial music exception. Everyone else, plz do better. 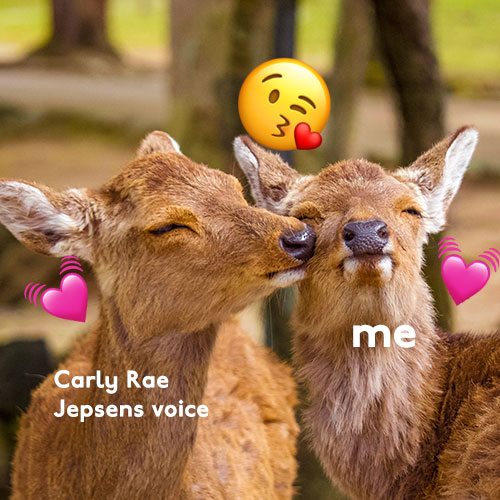 Let’s talk about the shitshow now.

Taylor Swift’s collab with Brandon Urie about spelling simple words and repeating EEH and OOH until they pierce your cortex is the pits of pop. I’ve been to her last three stadium shows (Red was the best one and is also her best album; don’t you fkn dare @ me), so this was a real downer. A new single drops tomoz and a new album's arriving in August... is redemption a couple months away?

Katy Perry’s latest song is fine. Don’t find myself whistling it, don’t skip it when it comes on – it’s fine. Two truths: 1) Katy won’t win any new fans from this; 2) The above is the pinnacle of Drunk Dad Dancing At A BBQ and she will never properly recover from it.

Speaking of boozy BBQ vibes, remember when Miley Cyrus and Robin Thicke rubbed against each other in the most uncomfortable ways possible at the 2013 MTV VMAs? No? Good. Millennials do, and we talk about it over sips of Pinot Gris sometimes.

Anyways, I listened to her latest EP, “She Is Coming”. Nope. It made me yearn for the loopy days of Bangerz, an album that involved a collab with Britney Spears and plenty of ~ turnt ~ shenanigans, all marinated in cheeky country-rap (hi, Lil Nas X).

Billie Eilish and Ariana Grande (born in 1993, she actually falls into the Millennial demographic, but her vibe is very much Z) have won the pop war – and without even trying that hard.

They just stayed true to their personal brands (their songs and socials blend seamlessly), made relatable/catchy/meme-ready shit (hooray for ASMR minimalist pop), and, most importantly, they're having fun doing what they do (seems that way, at least).