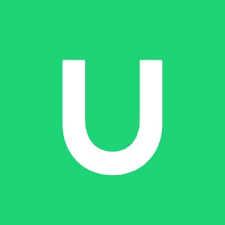 If what you’re studying involves work placement, you’ll wanna read this exclusive excerpt from the pages of The Australian.

When I’m looking for ways to get work experience, scrolling through CareerHub or sending emails into the void, I envy friends in vocational degrees with in-built work experience.

As universities have moved away from traditional academic concerns such as learning for learning’s sake, disciplines that were once taught at special colleges, TAFE or were learned on the job have been integrated into the structure of the university.

Compared to an arts degree, vocational degrees such as engineering or nursing have long, mandatory placements.

There are benefits to the university organising and managing work experience for you.

Course-required placements are an example of the university taking responsibility for education and training, whereas degrees that require or expect you to find an internship yourself shift that responsibility on to the individual student. As a result, in-built placements count for credit and develop necessary skills.

Self-driven internships are more of a gamble: they may not count as a unit of study, and you are taking a chance on whether the internship will lead to a job or even look good on a resume.

Admittedly, as universities have become more vocational, they have introduced optional practical units for non-vocational degrees, such as the University of Sydney’s new industry and community project scheme. But these units don’t offer the sustained support of in-built placements.

My friends in vocational degrees say placement hours are vital to practice but are also financially unviable.

Mandatory, time-consuming unpaid placements force students to cut back paid work and to depend on others to cover expenses, according to Unpaid Work Experience in Australia, a 2016 report commissioned by the federal government from the University of Adelaide, UTS and QUT.

The report found that women performed more hours of unpaid work than men, probably reflecting how there are demanding placements in female-dominated fields, like some sciences and the caring professions of nursing, education and social work.

Nursing students in NSW have to complete more than 800 hours of clinical placement and, unlike students in other areas of healthcare, aren’t commanding high wages when they graduate.

A paper published earlier this year by Deanna Grant-Smith of the QUT Business School and Laura de Zwaan of the Griffith Business School found that, from a sample of 160 nursing students, most experienced financial stress during placement.

Most participants reported that travel costs were their greatest expense, especially for nursing students, who work irregular hours and are often randomly assigned to placement locations, followed by the opportunity cost of missing out on paid work.

The study says these findings “draw into question the equity of unpaid clinical placements as a formal degree requirement”.

The author of this piece, Zoe Stojanovic-Hill, is a student at the University of Sydney and a former editor of Honi Soit.

This edited feature from The Australian on the trials of work experience for students was originally published on 22.05.19.

If you're keen to own the conversation and get full access to leading news and opinion, take up The Australian's $25 for 12 months offer here!