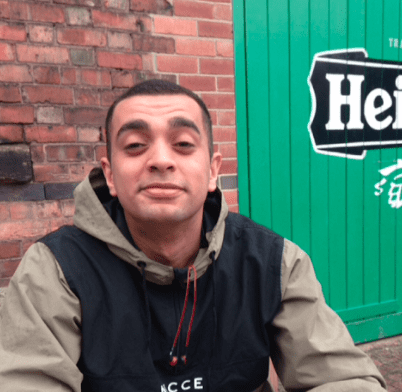 Ready Player One has just been released into cinemas in the UK. This Science Fiction/Adventure film adaptation of the 2011 novel of the same name has been highly anticipated since news of its production reached us. So, it seems only fitting to provide you with reasons why you need to get out there and immerse yourself in a wild futuristic thrill ride.

1. It’s a celebration of our favourite 80’s gaming and TV characters

We are all impartial to a little nostalgia. When a film or TV show harkens back to our childhoods, or to popular and memorable figures from the past, audiences are always pulled in to seeing their heroes or favourite games on the big screen. Ready Player One is such a film, with our main setting of a grim, overpopulated 2045 being counteracted with a virtual universe, the Oasis, filled with all our favourite world-famous characters.

When a film comes out with Steven Spielberg at the helm, chances are its going to be worth the watch. One of the greatest filmmakers and producers ever in Hollywood. Him taking on this project gives me faith the film has been produced with care and attention to detail, something that we as filmgoers not only appreciate, but expect from a film that will refer to so many aspects of popular culture throughout recent history.

Whilst Ben Mendelsohn is not the main character, with than honour going to Tye Sheridan, he is part of a cast that's an absolutely heavyweight roster. Olivia Cooke, Simon Pegg and Mark Rylance joining Mendelsohn in the cast. Special mention has gone to Mendelsohn as he is one of the best performers currently active in acting circles right now. His portrayal of villains, such as in Rogue One, are always high quality, and he won’t let fans down here.

The films $175 million budget isn’t anything special, in fact, given the huge amounts of money pumped into films now, it’s on the cheaper side of things, especially given the film companies surrounding its production. Despite this, the visuals produced in Ready Player One are breathtaking and really do add to the viewers immersion in the virtual reality experience.

Filmgoers have become accustomed, within the last 5 to 10 years, to the biggest films of the year being Marvel blockbusters or rival films by DC. The films are enjoyable but, given there have been so many, its always nice to see a film with huge popular appeal take a different avenue from the norm. Its because of this this that Ready Player One is a welcome refreshment and is a film that audiences should take in and enjoy as something new to try.