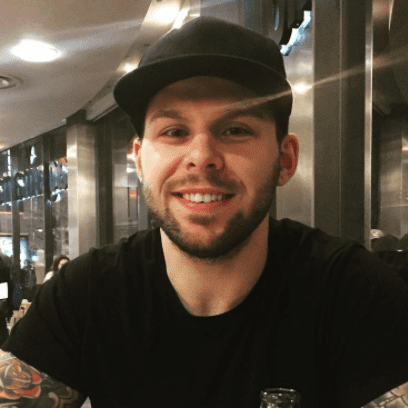 So somehow it’s February already, I guess it’s true that time flies when you’re having fun. To make this month even better, I’ve lined up 5 epic things that you need to be seeing, eating, doing... and plenty more this month.

Funnyman and jungle legend Joel Dommett has finally released a book (Joel Dommett - It's Not Me, It's Them). The book follows some of Joel’s most private stories surrounding his love life and very short-lived online situation. The story is honest, incredibly funny and ends pretty well for the stand-up comedian when he meets his fiance, model - Hannah Cooper. Totally worth a read. Grab yours now!

If there’s one thing I never seem to have enough of it’s trainers. Luckily for me, this month I did a purge which means I have room for something new! I’m really liking these Vans Sk8-Mids in the checkerboard finish. I’ve always really liked the high top versions but can’t really pull them off. I’ll definitely be giving these little lower on the ankle numbers a go instead.

Technically this could be a chick flick but the Netflix original is funny in all the right places and full of some of your favourite comedy actors. When We First Met follows the story of Noah (Adam Devine) trying hopelessly to get the girl of his dreams (Alexandra Daddario) to fall in love with him. He tries to do this by travelling back in time, over and over again. It’s funny and cute and will get even the most hard-faced dudes feeling teary.

The Don Broco boys are back with their third album and boy is it a good one. The new album is still packed with their classic sound but also features some heavier guitar riffs. The guys are currently touring the UK and I highly recommend checking out tracks ‘Come out to LA’ and ‘Stay Ignorant’ over on Spotify.

This month’s what to eat might require a plane ticket but I’ve got a feeling it’ll all be worth it. I’m heading over to Berlin pretty soon and Burgermeister is all over my itinerary. The restaurant is built into an old public toilet under a train bridge, which sounds kinda gross but I’m not letting anything put me off. Check out their Instagram for photos of the good stuff!

Another month and another awesome hot list for you guys to check out. This month I’ll be hitting some of these hard and I hope you guys get to enjoy some of them too!

9 iPhone hacks you need to know