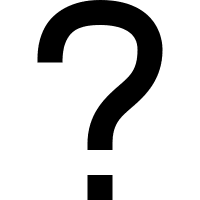 Everyone has good and bad dates, that’s just life when you’re living in the dating world. But this one was pretty bad.

Here’s what went down:

It was the third date and I was still a little unsure whether I liked the guy. But I thought I’d give him another chance.

We went for dinner at a local restaurant and just after ordering food we somehow got onto the topic of feminism. Yep, I know. Intense right?

I said that I believed although women and men do have their differences, people should be treated equally no matter what gender they are. He then responded defensively “So you are a feminist then?” I agreed and asked his opinion.

Bearing in mind this is a date… I did not expect this to be his response: “I think feminists are hormonal, argumentative bitches”.

I tried to explain that men can be feminists too but I don’t think I was getting through to him. It’s safe to say that was the third, and final date.

Want to share your anonymous dating stories? Let us know at blogger.enquiries@myunidays.com.

5 cheesecake recipes you have to try