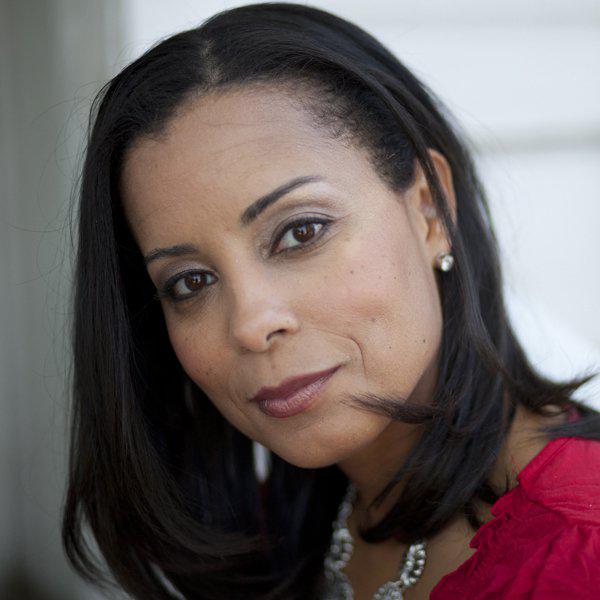 In the hierarchy of my love for the Marvel Universe, Iron Fist holds the number two spot. Although, to be totally transparent, Luke Cage, Jessica Jones and Daredevil are all tied as my favorites.

I was slow to jump in and binge on season two. Season one of Iron Fist, like most seasons in the franchise, had a slow burn. It took more than a few episodes before things started to heat up. Season two is no different although it’s not as slow. Rather than wending its way through four or five episodes before you figure out the overarching plot line of the season, it gets down to business fairly quickly. Predictable business, but business nonetheless.

By the way, if you don’t like spoilers, you should probably stop reading. Just saying.

Some plot mechanisms you can spot from a mile away. Mary’s multiple personalities? That first sticky note was a dead giveaway. Davos stealing Danny’s power? He did everything but rent out a billboard about it. Did everyone see that coming except Danny? Maybe it was obvious because there aren’t as many distractions in this season.

In season one, we dealt with The Hand, Joy and Ward’s betrayal, their father being alive, the burgeoning relationship between Danny and Colleen only to see it blow up because we think she’s working for the Hand. There was a lot going on. Not so much in season two. It’s all about Davos and Joy. And of course, Danny and his dependency on his glowing fist.

Unfortunately, Danny still hasn’t lost his savior complex. He will save Chinatown from itself. His earnestness is grating. He acts as though he is the only person who can save it. They managed without him for all those years. You almost want to root for Davos. If he wasn’t crazy, I would be all for him getting the powers and going on to live his best life. Ahh, but that would be a very short season.

There are some bright spots in season two though, it’s not all cultural appropriation and misguided saviors.

For starters, Danny gets called out on his privilege. Again. Luke Cage did a great job in The Defenders. In season two, there are several instances where Davos breaks it down for him. Paraphrasing, he tells Danny, you have no cultural heritage of your own and you want to steal mine. This is especially true when we see in flashbacks how Danny won the fight with Davos. It does make you question if he deserved to win.

Ward’s character development was also another gem. He’s been fleshed out from a 2D cartoon villain to a 3D multilayered, flawed person. We see him going to NA meetings, not actually participating, but he’s going. When he cried to Joy as he shared the abuse he suffered at the hands of their father, I was right there with him reaching for the tissues. His previous behavior is not excused but understood. He actually grew me on me.

You know who’s not growing on me? Joy. Why is this season all about her and her issues? She spent all her time and energy on a “revenge plan” against Danny and barely 24 hours later, she’s regretting it and trying to take down Davos. Honestly, how could she be mad at Danny? He survived a plane crash, dragons, walking around barefoot in New York… If he exhibited poor judgment concerning her father, she should cut him some slack.

My favorite storyline? Mary Walker. Played by Alice Eve, she does an outstanding job portraying a war vet with DID. She’s not a villain, she’s not a hero. She’s just trying to get enough money to buy her little cabin away from everything. The unveiling of her backstory is interesting and diverges from the comics where she’s introduced as Typhoid Mary. It will be fun to see how she’s integrated in the other franchises. 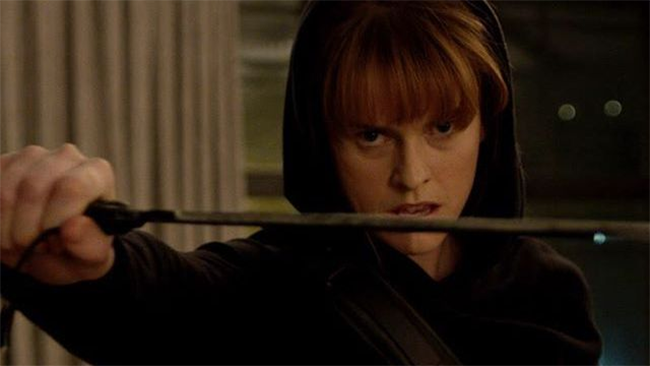 Of course, no season of any Marvel franchise would be complete without Misty. I love how she just shows up, whether it’s her jurisdiction or not and starts working the case. She and Colleen worked well together, especially the fight scene with the Crane sisters. I kept expecting Misty’s prosthetic hand to do more but I guess the fact that she has two hands should be enough. 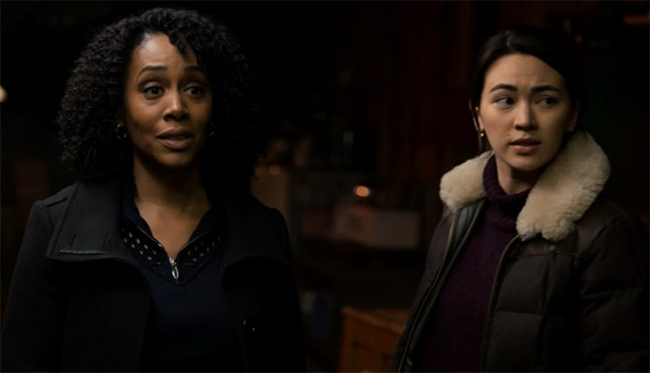 Speaking of fight scenes, they had a few epic ones. Definitely an improvement from last year. Colleen always holds her own and the training scenes with Danny are priceless. I bet there’s some pent up rage she’s unleashing on him after being subjected to his insistence that he’s going to save Chinatown and she has to put her own search for answers about her family on hold.

You won’t be disappointed with season two. Is it a drop-everything-and-hunker-down-for-the-weekend binge? Nah, but it is worth watching. You can pace yourself. Enjoy!