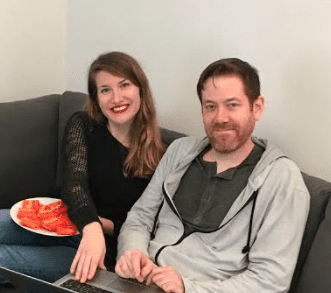 Greetings, UNi-ghouls & goblins! We interrupt your usual programming on The Edit to bring you a V important message from beyond the grave…

We ARE excited to bring you this very necessary guide to spooking yourself silly during the scariest of all the seasons. And who better for the job than we (Jamie & Dan), the undisputed Halloween horror experts here at UNiDAYS.

There’s a lot of misinformation out there about what makes a good, great and soooo-terrible-that-it’s-great, horror movie scene. Lucky for you, we’ve curated our top picks based on their exemplary usage of classic horror tropes…

Overall a classic Halloween flick, that shows it’s age but somehow still manages to get me every time (Freddy is one scary-ass burnt-up-hotdog man). Not only does the scene use textbook examples of both “plot twist” & “jump scare” 101 - but also viewing as a hormonal pre-teen, who was madly in love with 1984-era Johnny Depp, really upped the ante for me in terms of horror factor.

It’s great because it portrays a very mundane situation (people going about their daily business, not paying attention to the world around them), paired with the juxtaposition of the jump scare factor. The main theme of the film is friendship, and the filmmakers were definitely underscoring the fact that we need to value the people & happenings around us in daily life. Direct quotes from Dan on this, include: “This is pretty much my favorite horror movie” ; “Seven basically ripped off this entire movie”

Jamie’s pick: The Shining → “All work & no play” reveal

This particular scene is where the plotline really peaks for me, in terms of creepy AF psychological twists. Jack’s ever elusive “novel” is finally revealed, and from there, ALLLL the things start to unravel for these poor weirdos. It’s what I consider to be the movie’s climax, mainly because I live for that type of mind-f**k scare.

There’s obviously a reason we both went with Stephen King for this one… the ultimate master. In this instance, the psych-scare tactic is used by exploiting the very real world human feeling of survivor guilt and terror that comes with the character’s inability to move forward (which is the theme of the movie...you cannot change the past). Oh, and then executing the tactic in the creepiest way possible. In Dan’s words: “I just love this f*ing scene”

For starters, I believe I first viewed this move MUCH too early on in life. I know this because it gave me mild PTSD for about 10 years after, when I was legitimately terrified of both television screen static and my house sitting on top of a Native American burial ground... This one embodies a classic child creepout that still holds up. She’s the scary little kid that influenced all other scary little kids of future.

Dan’s pick: The Shining → the Twins

No synopsis needed for this one, but here are some direct Dan quotes: “BEST horror movie” + “Many level of analysis…” + “Can’t really put into words, but It just scares me. That’s it.”

Horror tactic: the “so, so, SO bad… that it’s almost scary?”

Consensus pick!: Troll 2 → literally all of it

There really is no way I can explain what makes this “horror” film so magical without dedicating an entire blog piece to the beautiful disaster that is Troll 2. Instead, I will instruct you to drop everything you’re doing and just watch it. For the fullest experience, there is a recent documentary that I recommend you view beforehand.

Choosing only 1 scene is impossible, but here’s a selection of our favorites... “Oh My God” Double Decker Bologna Sandwich Sexy Popcorn

Even though I don’t consider this light-hearted murderous thriller to be classified as a “horror” film, I’m including this very sparsely utilized scare tactic on our list - mostly as an excuse to reference my favorite dark-comedic homicidal scene of all time.