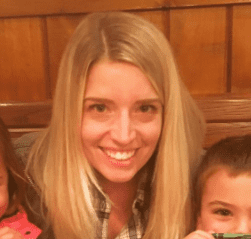 If you’re a resident girly girl like me (or simply just not a fan), you know very little about sports and often like to keep it that way. But now that March is upon us you can’t help but keep hearing two words around campus… March Madness. The name is vaguely familiar but you can’t quite place it. All you do know is that it does not relate to anything you've got going on currently.

So impress that cute crush in PoliSci, bet your significant other that you know the meaning of March Madness with a little help from us, or simply just swindle your siblings out of some cash. Here are 5 things you need to know about the tournament this year:

Why is it called March Madness anyway?

One last thing, how many rounds is this thing?

There you have it. Your inside tips to March Madness. No matter where you go to school or if you are a sports fan there are multiple ways you can become interested and involved in the tournament. So at minimum have some fun with your best buds and may the best team win!

Why figure skating is the BEST sport at the Winter Olympics