3 products to help you nail IT this semester

We asked our resident IT guy about his favorite tech for back to school & here's what he came back with....

New year, new phone….who dis? Need a solid device to keep up with the greatest Snapchat stories, take notes (or selfies), set cal reminders for that important study session or Tinder date. Then look no further than the Moto G6. Last year we suggested the Moto G4 and this year we’re staying within the Motorola G-class. The Motorola G6 is a superb phone that comes in under $500 with features that rival other devices that come with more prestige. The actual device has a premium feel, Motorola decided to go with thinner bezels to allow more screen real estate, a glass back and curved edges which helps in handling the device. On the tech side of things, the device sports a 5.7-inch screen, 32GB of internal storage, two rear cameras spec’d at 12-megapixels and 5-megapixels and a 3,000mAh battery. USB-C is used to charge the device and, in a world, where devices are losing headphone jacks, the Moto G6 retains this “old school” functionality.

The Dell XPS 13 is one of the best small light laptops on the market and this year it gets the stamp of suggestion from the UNiDAYS crew. The Dell XPS 13 comes in two flavors; a standard laptop and a 2-in-1 convertible which is a coo party trick. Coming in under $1000 it’s a real top performer that could last your entire collegiate career. We’re going to focus on the 2-in-1 hybrid as life is all about versatility. It is a laptop first and foremost with the tablet features coming in as an afterthought. This doesn’t mean the XPS13 doesn’t work well as a table, just don’t expect it to replace a Microsoft Surface or an Apple iPad.

The XPS13 weighs less than 3 pounds coming in at a svelte 2.7 pounds, contains a 256GB SSD, 8GB of RAM and a 1.3Ghz Intel Core i7. Plenty of tech power so that it remains future-proof for quite a while.

What’s college without having a little fun? I mean you’re not going to study 24/7. Go back in time and study some real history, experience what gaming was like in the 90’s with the Super Nintendo Classic. 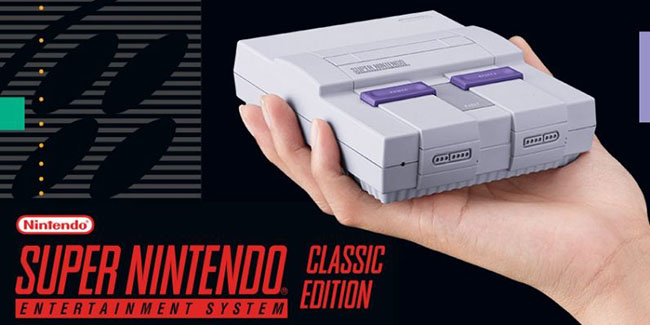 Packing in 21 games from the days of yesterday it’s bound to settle those dorm disputes over the last cup of noodles.

Tech picks from the IT guy

9 chic tech gadgets for back to school