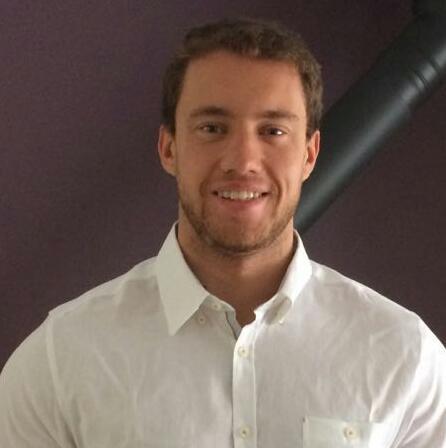 What. A. Weekend. It takes a lot to say that a 48-14 win for England over Samoa or a 28-19 win for Ireland over South Africa were minor results, but such is true for the Autumn Internationals this year. Instead, the spotlight rightly fell on Cardiff and Edinburgh for the Scots and the Welsh to take on the two top southern hemisphere sides, New Zealand and Australia. Both of these were titanic contests and deserve a post each, but I’ll try and go through the best bits for you here.

Scotland are starting to earn themselves a ‘contender’ tag for the six nations with a performance that really exemplified the development and growth in Scottish rugby as a whole in the past three years, and it seems that Gregor Townsend is reaping the benefits of a flourishing Glasgow side. Even with a host of internationals missing, Glasgow Warriors managed to put the Ospreys side to the sword in the Pro 14, showing the depth of Scottish rugby at the moment. Whilst this was local news, the international side went one better and demolished an Australian side which had genuinely troubled England and made the Welsh look rather lacklustre. Fans will argue that the dismissal of Kepu at the end of the first half for a reckless shoulder charge into Hamish Watson’s head was what turned the match, but that would be underestimating the nature of international rugby. It is every player’s responsibility to keep their heads and play by the rules, and New Zealand showed this summer against the Lions after losing Sonny Bill Williams that even with 14 men, most top tier sides pose a substantial attacking threat. Even without their talismanic Stuart Hogg, the Scotland side led by an ever-developing Finn Russell pulled Australia apart in the second half, recording a record victory over the Wallabies. Some deft kicking and handling made the most of the additional space and the Scottish were clinical in a way they haven’t been in many many years. It was also welcome to see a mix of forward power with the deftness of the backs, and Scotland really do look like an increasingly complete package moving into the spring. The other 5 nations should be wary.

Wales had the unnerving challenge of welcoming the All Blacks to Cardiff, but it must be said that New Zealand had been made to look vulnerable by the Scottish, and Wales must have known that this match represented an opportunity to overturn 64 years of difficult history. Despite taking 80% of the possession in the first 30 minutes of the game, Wales still trailed the All Blacks at halftime, despite almost levelling the scores at 11-12 down. Naholo’s one-handed diving finish was the highlight of the half, with a second try coming from a quick tap and go by Aaron Smith. The first twenty minutes of the second half was a reminder that you cannot allow New Zealand an inch, or they will take a mile. A smart offload from the ‘breakthrough player of the year’ Reiko Ioane, to Lienert-Brown who opened up a lead for New Zealand of 8 points with his score. Shortly afterwards, Reiko Ioane bagged his first try by poaching a pass intended for Amos and who showed his pace to stretch away from the distraught Welsh defence. A concerted Welsh effort in the forwards led to a yellow card for captain Sam Whitelock, who had taken command in Keiran Read’s absence and Gareth Davies capitalised on the extra space in the defensive line to burrow over. However, just as Wales were almost within touching distance, Ioane struck again with a lovely set move and a smooth arcing run to touch down for his second try. His pace made it look far too easy to cut the Welsh defence open, but that would be underestimating his excellent timing. The Man of the Match deservedly went his way. Wales were honest in defeat, but New Zealand again showed their clinical edge to finish this international period on a high.

Ireland ensured that they dominated Argentina to make it three wins from three this Autumn, with the young wing Stockdale (who is hardly shy and retiring at 6ft 3 and over 15 stone) taking two tries against a much more experienced Argentina side. The scoreline is slightly misleading as Ireland dominated the majority of the match, with Argentina only bringing back some semblance of parity towards the end of the match as Ireland rang some changes. Murray and Sexton purred again, and although Argentina managed to get three tries on the board, they will be reviewing their performances this Autumn with some disappointment and will be looking to build some solutions before the World Cup in 2019.

South Africa dominated Italy in the forwards to take a convincing 35-6 win home, but many South Africans will be entirely underwhelmed by the Boks’ performances and asking for some fairly substantial progress in the next two years. Japan put together an excellent second half performance to draw against France 23 all in France, outscoring the French 3 tries to 2, but Trinh-Duc’s cultured boot proved the difference, converting both tries and adding three penalties to punish Japan’s indiscipline. However, Japan have proved themselves to be competitive against top sides and will be looking forward to a home World Cup in 2019 with an amount of expectation and hope.

Eddie Jones’ England side had been shuffled a little, with some of the ‘finishers’ starting their jobs in the first minute of the match, including a notable start for Jamie George, who many consider to be England’s longer-term prospect at hooker, with Hartley’s controversial star waning somewhat. Jones had made it clear that he was looking for an examination by Samoa, and also seeking to work out who his squad of 31 would be for the World Cup. This was not intended as any disrespect to a Samoa side who showed plenty of fight, with their talismanic Vui crashing through the English defence for a well worked forwards’ try, and Nanai-Williams looking dangerous at 10. However, Ford showed his class and Slade looked much more comfortable and the two playmakers, with Lozowski between them moved the Samoa defence around and exploited the gaps as they arose. Elliot Daly, in particular, showed his electric pace, but Jamie George showed a real touch of class with an inside step after making a break and releasing Lozowski for a well-worked score. Ben Youngs released Slade for a good try after Slade picked a hard line cutting back against the defence. However, the performance was a stuttering one, with Brown failing to find Daly with an overlap, and Care overrunning a ball when the try line was his for the taking. England also looked a little overwhelmed in the breakdown, with Robshaw having a very invisible performance for the second week running, made to look unsophisticated by Samoa’s back row.

So with only one game next week, the Autumn Internationals are effectively over (sad face). Overall what have we learned? Scotland are on the rise, Wales are struggling to find an incisive edge, and Ireland are regaining their old forward dominance with the finesse of Murray and Sexton behind them. England do have a squad to be envious of but we haven’t really learned much more about them since the summer tour to Argentina, when the same players made an excellent impact. The real decision for Jones will be whether to replace Hartley as captain before 2019, and if so, who will it be? Ireland will need to decide whether Sexton and Murray will make 2019 as a pair, and if not, they look a little thin at 10 in particular. The southern hemisphere is certainly beatable, with 2019 looming South Africa look to be in a bad place, but Australia and New Zealand keep pushing their title credentials. Japan will be feeling hopeful, and France have a 9 and 10 pairing for the future. I for one am looking forward to the 6 nations, and maybe, just maybe, Scotland might be challenging for the title. Let's see.