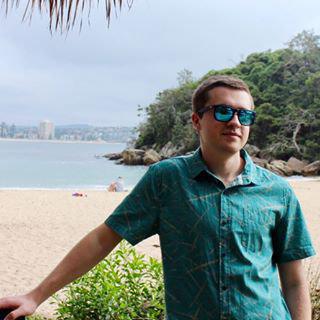 No true football fan will need reminding of what’s coming up this summer. The 2018 World Cup in Russia is expected to rake in even more viewers than the 3.2 billion that enjoyed the previous edition. That’s nearly half the planet! The love of the game is hard to hide, hard to contain. For many, football isn’t just a sport; it’s a religion.

The club serves as the branch of religion that each individual fan identifies with. The crest as the symbol of worship. The stadiums as temples. The managers as ministers. And of course, the players as gods. Football has slowly consumed the lives of many sports-lovers across the globe.

People talk about football these days with the same passion and enthusiasm that used to be spurred by their religious beliefs. Eyes glued to their newspaper and online articles relating to transfers, tactics, and news, football folk are now as obsessed with the beautiful game as previous generations have been with their traditional religions.

Is this a bad thing? Are we now essentially worshipping corporate enterprises hidden behind a historic club name? Isn’t it frightening that wealthy foreign owners have the power to charge outrageous prices for not only merchandise and tickets, but television money? Are we putting a piece of our hearts, souls, and happiness into the hands of people looking to milk money out of us?

Perhaps. But it’s not all doom and gloom.

How terrific that, like religion, football is accessible to all. Sure, not all of us can afford tickets to the Champion’s League Final every year, but if we take away all of the glitz and glam, football is for everyone. All you need is a ball! And it brings some of the most differing, polar-opposite human beings together. All for the love of a sport.

During World War I in what is known as 1914’s “Christmas Truce”, British, French, and German soldiers put down their firearms and played a friendly game of football to celebrate the holidays. Men who clearly had completely varying views on the world at the time were able to put aside their differences for the love of football. Pretty powerful stuff, right?

Fast forward over 100 years later and it’s a transformed world from the one that Christmas Day. But football is still bringing people together. At a time when global politics appears to be dividing nearly everybody, football seems to remarkably bring everyone together in the way that only football can.

And if everyone is finding personal life fulfilment through football, while (consciously or subconsciously) becoming more tolerant of others, how can we complain? 107 different nationalities have been represented in the English Premier League. Entirely unlike people who praise the same sport: football.

Much like religion, it doesn’t matter where you come from, there’s always room for an extra supporter at a club.

So, while to some it seems crazy that football is able to dominate the lives and fill many of the roles that traditional religions used to occupy, it’s a pretty cool thing. I know that I plan on loving football until the day I die. And while it certainly takes up a large portion of my life, taking me through roller coasters of emotion for 90 minutes every weekend, I wouldn’t have it any other way.

So just keep chanting those hymns of football praise.

Maybe, just maybe, we’re all winning something much more glorious than a metal trophy at the end of the season.