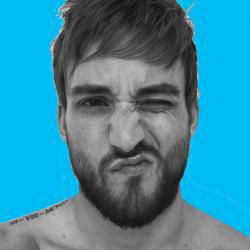 Clearing. The dreaded word that is sure to make any 18 year old crap their pants at the mere thought of being one of the unlucky few to face such a prospect. It’s the end of the world, right? Au contraire my messy-pants friend, how wrong you are. Here’s why… Come results day 2008, I, like some of you, ended up in the bottom of the barrel of grades (if you could even call them that; C, D and U if you must know). Naturally, that was the first thought that came to my head. Then the panic set in, the thought of telling my friends was too much to handle - all of them with their As and Bs! Then came the tears as I rang my parents. Bless them. They were so supportive, their kind words only being second in awesomeness to the time I came out to them. Legends. But that’s a story for another day… Once I had calmed myself down, had a cup of sweet tea, which for some reason is meant to help in these situations, I proceeded to look on UCAS. My first three options were gone. The courses had filled up quicker than Times Square on New Years Eve. Then I looked at my fourth option - good old Plymouth University. I originally put it down as the course looked great (Marine Biology). However due to timings and lack of motivation, I hadn’t even gone to an open day. The pictures looked nice though, and it was near lots of beaches. Winner. With a lump in my throat and with nothing to lose, I gave their Clearing Hotline a call. I was put straight through to a very nice man who, at first, stated the obvious, ‘Due to your U grade in Biology, we don’t think the Marine Biology course would be well suited to you. However, if you’re interested in the environment, we do have spaces available on our Environmental Science degree. I’ll take it!

Two weeks later I got my confirmation letter come through the post. Then the second wave of panic hit:

[blockquote quote="Due to extremely high numbers of applicants, we are not able to offer you a place within our halls of residence. You will have to come the university to arrange private accommodation " name="Plymouth University"]

The next day I was in the car on my way to Plymouth with my parents where we managed to find the most kick-ass house right by the university, which also came with a great landlord and four shiny new housemates, also in their first year.

Four years after graduating and armed with a bit of knowledge, a lot of life experience and change in career direction, I am now working in London and creating global social media campaigns for Microsoft. FYI, the job is kick-ass! So there you have it, my “horrendous” Clearing experience. If you take one thing away from my story article, it’s that life has a whole sack of challenges ready and waiting to be thrown squarely at your beautiful face. But if you learn to adapt and accept the fact life won’t always look how you thought it would, it makes the whole process so much easier. In most cases, it will end up looking way better than you could have ever imagined. Honestly. Use Clearing as an opportunity, not an excuse to get beaten down. Just look at me: terrible A level results; didn’t even get into halls; went to a city I had never even stepped foot in without a second thought; and now I’m working for one of the biggest technology brands in the world. Take that Clearing!

10 top tips to win at clearing